DA wants SIU report into health minister to be public

The party is calling on Ramaphosa to clean up his Cabinet and appoint a permanent health minister. 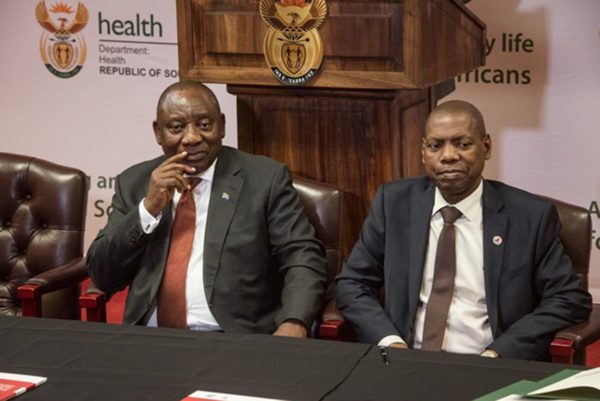 Pressure is mounting for President Cyril Ramaphosa to publicly release findings from an Special Investigating Unit (SIU) probe into the irregular awarding of the Digital Vibes contract. The Democratic Alliance (DA) plans to submit a Promotion of Access to Information Act (PAIA) application to the Presidency.

Health Minister Zweli Mkhize has been on special leave since news of the scandal broke. Digital Vibes was apparently irregularly awarded a R150 million communications contract from the department of health, allegedly at Mkhize’s behest.

Two weeks ago, the Presidency confirmed it received the SIU’s report and promised to “keep the public abreast of developments in this matter”.

“The president appears to be hesitant to act on this report. His inaction is preventing South Africa from having a permanent health minister while Minister Mkhize remains on perpetual special leave,” said DA shadow health minister Siviwe Gwarube.

The SIU reportedly recommends that executive action be taken against Mkhize and recommends disciplinary measures against officials who were involved.
Mkhize is believed to be at the centre of widespread efforts to rig the tender in favour of Digital Vibes who had been contracted in 2019 to issue communications on the National Health Insurance, Covid in 2020.

“If this is true, then President Ramaphosa is merely stalling to do what is right and dismiss Minister Mkhize with immediate effect. His inability to make difficult and ethical decisions will cost us dearly during a time of great crisis like this,” said Gwarube.

The DA is calling on Ramaphosa to clean up his Cabinet and appoint a permanent health minister.