Case crumbles as evidence led failed to link Mchunu to instigating violence in the KZN lootings.

However, he won’t be allowed to travel outside Durban until his next appearance at the Randburg Magistrate’s Court on 21 October. Mchunu was charged on three counts, one of inciting public violence and two counts of contravening Disaster Management regulations.

Magistrate Gayle Pretorius called into question the strength of the state’s case against Mchunu, and more embarrassingly, said its evidence worked in Mchunu’s favour.

The 40-year-old’s legal team led by advocate Styx Mdladla demolished the state’s case in under 20 minutes, pointing out that its evidence was nothing but a collection of videos posted on social media.

“He can’t interfere with witnesses; there are no witnesses. The state only presented videos posted on social media,” argued Mdladla.

The court is not up to speed about the nature of state’s case.

But Magistrate Pretorius wasn’t convinced. Baba insisted there was more evidence against Mchunu, but it was sensitive to the case and couldn’t be made public just yet. He referred to a video shot at The Hub Hotel in Bryanston, which was later posted online.

Magistrate Pretorius again questioned the strength of the state’s case because the video it was trying to build its case upon was already out in the public domain.

In handing down her judgment, she went on to condemn the violent looting, “What happened in the past month in South Africa made us look stupid and idiotic to the rest of world”.

She added that impoverished black communities suffered the most because now they have to fork out extra for taxi fare to buy groceries after shops burned down.

“It is clear that you are proud Zulu, and you love and respect your culture beyond calling,” said Magistrate Pretorius, addressing Mchunu directly.

“All the unrest in the past month is because of Mr Zuma’s incarceration. As much as he is a father to the Zulu nation, he is like the rest of us, equal before the law, and he was sentenced by the highest court in the land.”

She said that Mchunu had convinced her of his emotional ties to South Africa and that he was a first time offender despite being a wanted man.

“You bragged about muti helping you evade police. As a white person who doesn’t believe in muti, I will give you the benefit of the doubt.”

She determined that he wasn’t a flight risk as the state argued because of his strong family ties, as a husband to three wives and 12 minor children, as well as his desire to see Zuma freed. 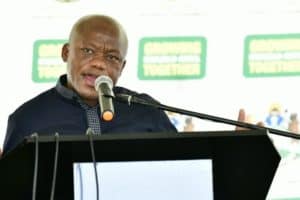 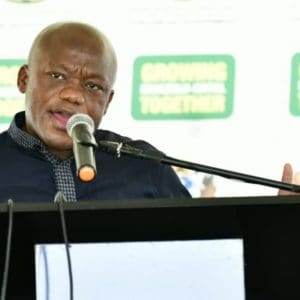