Job Mokgoro will resign after meeting with Ramaphosa, assures Duarte 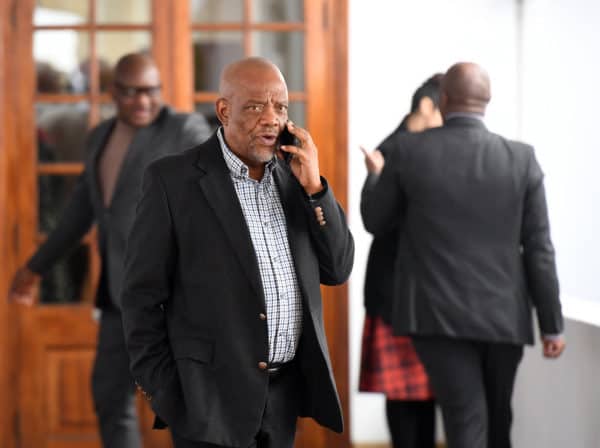 It looks like embattled North West Premier Job Mokgoro still remains a member of the provincial legislature (MPL) as he has not tendered his resignation yet.

This comes after the interim provincial committee (IPC) of the ANC removed Mokgoro from his position following the announcement of Bushy Maape as the new premier-elect of North West.

Mokgoro has been at loggerheads with the interim structure for some time and has been accused of undermining its renewal agenda and efforts to restore stability in the North West.

During a media briefing on Monday evening, ANC deputy secretary-general Jesse Duarte said Mokgoro had assured her that he would tender his resignation.

“Mr Mokgoro has agreed to resign. He has given that to me personally when I met him. He also today met with the treasurer-general of the ANC, and made that commitment,” Duarte said.

ALSO READ: Mokgoro not out of premier job yet, as ANC waits for resignation letter

Duarte said Mokgoro would resign after a meeting with President Cyril Ramaphosa.

“He’s awaiting a meeting with the president of the Republic of South Africa, which is fine. We have no problem with that. He indicated that immediately after that meeting he will tender his resignation letter. However, I do have a written message from him that assures me that he will be resigning,” she said.

Duarte, however, refrained from revealing any details of the upcoming meeting.

Mokgoro was appointed the premier of the North West in 2018 to replace former ANC provincial chair, Supra Mahumapelo.

In December, the IPC suspended Mokgoro’s ANC membership along with five others for allegedly voting for an ANC candidate who was supported by the Democratic Alliance (DA) in the North West legislature.

This was in defiance of the IPC’s instructions, after the ANC provincial caucus had suggested a different candidate and the voting process was conducted via secret ballot.

IPC co-ordinator, Hlomane Chauke previously indicated that Mokgoro would still face disciplinary action for not carrying out the ANC’s mandate.