‘I have not received my salary either,’ says ANC’s Pule Mabe

Mabe said accusations assumed the party's top six leaders were receiving their salaries, while workers were not. He said this was not the case. 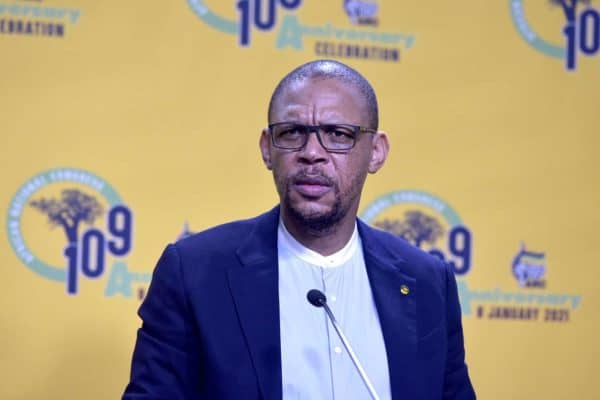 African National Congress (ANC) spokesperson Pule Mabe has revealed that party leaders were also caught in the same plight as ordinary workers who have been grappling with a lack of salary payments over the last three months.

Mabe was speaking to eNCA on Monday night and gave clarity on the matter, amongst a number of issues facing the ANC.

The party’s top six will on Tuesday meet with staff representatives to discuss a way forward after disgruntled workers embarked on pickets at ANC offices countrywide on Monday.

He made it clear that no one working for the party has received salaries, including the party’s top six leaders.

“When they say employees of the ANC have not been paid, I am counted in there,” said Mabe.

“To remove doubt out there we better place it on record, so that it is not dealt with as if it is some leaked information out there, because at some point, the accusation was that we in the leadership are being paid and yet ordinary staffers are not.”

Mabe said it was not possible for the party’s top staffers to be receiving salaries without the knowledge of some workers, as those who administer payroll were also in the employ of the ANC.

“They would be the first ones to know if there are monies that came to us.”

He said that Tuesday’s meeting between the party and workers representatives would seek to explain measures being taken to deal with the situation.

ALSO READ: DA taking up the fight for ANC employees

“Where there are interventions that the party is making to deal with the plight of hard working workers, who under these difficult conditions have not turned their backs on the ANC.

“That will be explained through their representatives on what is being done, but I can assure you we are doing everything we can in our powers to deal with the situation.

“The treasurer general has used the occasion of the special National Executive Committee [NEC] to be able to brief the NEC broadly on the kind of the situation that we sit in.”

Workers are complaining they are sinking deeper into debts.

Amidst the battle for salaries, it has also emerged through media reports that some interns and volunteers have been working for the organisation for more than five years without contracts.

Striking workers on Monday demanded in their memorandum the payment of outstanding salaries within seven days.