Niehaus ‘not campaigning for those who sold out’

Niehaus is back in the ANC after having been reinstated. 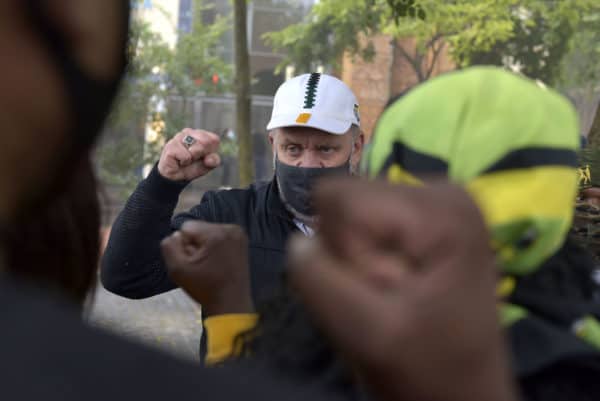 Previously suspended spokesperson of the disbanded uMkhonto we Sizwe Military Veteran’s Association (MKMVA) Carl Niehaus, despite not being a member of any ANC senior structure, campaigned for the local government election in KwaZulu-Natal (KZN) at the weekend, and for him the struggle against President Cyril Ramaphosa’s leadership continues.

Wearing a golf shirt he claimed to have been given by Mthembu in 2018, Niehaus yesterday joined a-door-to-door campaign at Lindelani in KwaDukuza for the 1 November local government election, claiming KZN to be his home province.

Niehaus made it clear that the campaign was not for Ramaphosa, but for the ANC’s “resounding victory” for a full liberation and economic emancipation.

He enjoyed a sizeable proxy following of Zuma supporters, some of whom met him at the airport last Friday.

Niehaus was back in the party, having been reinstated after the ANC failed to charge him over allegations of putting the party into disrepute when he laid criminal charges against the party for not paying staff salaries.

He was already in trouble for defying the party when he addressed a crowd outside former president Jacob Zuma’s Nkandla home.

He was recently reinstated by deputy secretary-general Jessie Duarte.

His return further proved the poor ANC administration, which should have brought charges against him within 30 days if it had a case against him.

At Mthembu’s graveside, in an apparent swipe at Ramaphosa, Niehaus said the campaign was “for an ANC resounding victory, not for a particular individual”.

“It is definitely not for those who sold out and became servants of the white monopoly capitalism, but for the sake of our organisation.”