Mboweni slams looting ‘rats’ and ‘mice’ that made his job hard

'It is highly disturbing that many people get caught out in this looting spree and resort to dangerous and populist rhetoric.' 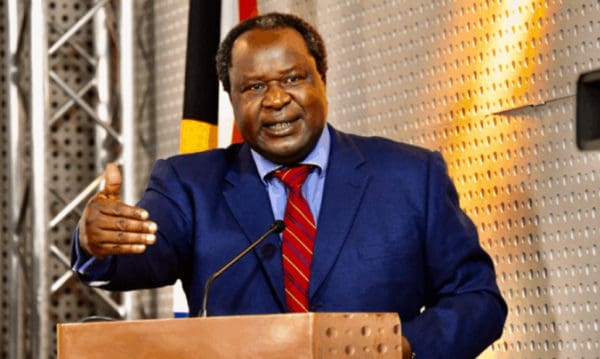 “The virus taught us that greed among us, and among countries and people, is rife. The rich sought to accumulate and hoard the vaccines for themselves and starve off the poor and developing countries from gaining access to these. Within most countries, the greedy and corrupt saw an opportunity to enrich themselves through various schemes of looting. But there are good men and women in this world who are committed to making this a better world,” said Mboweni.

‘Behind every corrupt politician are 10 to 20 corrupt businessmen.’

Mboweni further slammed business owners who work with politicians to steal from the public purse, saying it has led to a lack of trust by the public.

“I grew up in the AFM in Tzaneen. From an early age, at Sunday school, the 10 commandments were drummed into our heads. ‘Do not steal’ should constantly ring in the head of anyone in the position of leadership. If anyone is a leader in the national, provincial or local government and uses that position to steal, they contribute to the erosion of our society,” he said.

“There is no excusable corruption. Corruption is corruption. Whatever the form of corruption, it is imperative that the perpetrators are pursued and the full force of the law is applied. It is only then that we can hold the pervasive rot in all sectors of our society.”

‘Leadership must be believable and trusted by the people.’

Mboweni said he felt betrayed by the “rats” and “mice” that used the pandemic to loot government resources – the same people who did not take the public’s lack of trust seriously.

He said these people found themselves looting the resources in pursuit of wealth instead of serving the people they promised to serve.

“Greed and corruption have created a credibility crisis in government. The pursuit of wealth, rather than a commitment to serving the people has created a very bad culture in our society that is becoming more and more difficult to undo. I have just exited from a position of responsibility in the heart of government. I once again feel like a war veteran, having had to lead the fight to protect public resources from abuse and waste. This was not an easy responsibility,” said Mboweni.

“It’s a great betrayal that our efforts to save lives and support livelihoods were undermined by shameful and exploitative acts of corruption. We put good systems in place to the best of our ability but the rats and mice always found a way to overcome this. Sadly, there are too many people in positions of leadership and power who do not seem to realise the importance of condoning corruption. In South Africa, it is more prevalent in local government.

“It is highly disturbing that many people get caught out in this looting spree and resort to dangerous and populist rhetoric. Some claim victimhood while others see it fit to incite violence to destroy our infrastructure and economic facilities. Such people are not leaders.”

Though he is not suggesting that everyone lives like monks, Mboweni said much can be learnt from their simple lives.

Watch the full lecture below: