EFF leader says the former president must decide whether he wants to continue his life in politics or live as a pensioner because his decision will influence how the EFF responds. 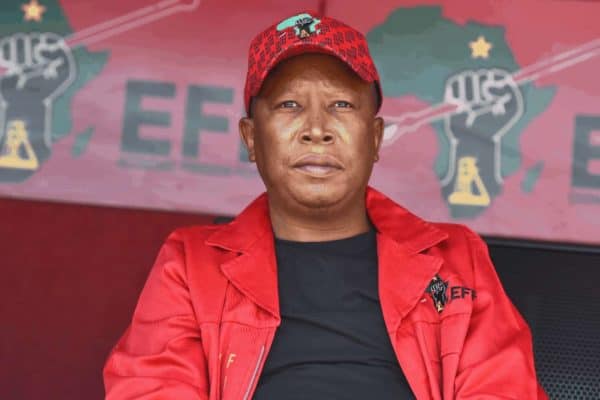 Economic Freedom Fighters (EFF) leader Julius Malema says he plans to retire from politics at the age of 55, unlike former president Jacob Zuma who, according to the EFF leader, doesn’t know when to stop.

Whether Malema serves more than two terms as EFF leader or becomes the country’s president will not affect his decision to retire at 55, he told Mzwandile Mbeje during an interview with the SABC on Tuesday evening.

ALSO READ: ‘We influenced the DA from behind’: Malema says EFF put opposition in power

The decision to retire at 55, according to the EFF leader, will also help his wife and children lead their own lives.

“My intention is to leave when I’m 55 because I came into this thing when I was nine. It’s a personal view, the comrades can engage on it but I’m not here to stay forever. I want my kids to have a life of their own, I want my family to have a life of their own and, for as long I’m here, there will always be Julius Malema’s children and wife. She cant do anything because someone will be watching her,” said Malema.

“If the people of South Africa want me to be their president, they will elect me and I’ll accept that responsibility. If the EFF nominates me to be its president for the third, fourth and fifth time, I’ll be available until I go to retirement if they want me. There’s no term limit and I’m not going to be defining terms according to colonial definitions of terms. But when I’m 55, I’m leaving. I’ve done so many things at a very early age and lived a life of a 60-year-old when I was in my early 30s.”

Malema is also confident his party will win people’s hearts in KwaZulu-Natal, and other provinces, in the upcoming elections, as it did previously. This has nothing to do with the people’s discontent with Zuma’s imprisonment.

One thing you need to know is that there is going to be one or two mayors if there is a coalition in these Gauteng metros. We’re going to have executive mayors of the EFF and we’re going to go into a coalition. We will engage with anyone who wants to work with the EFF, who allows the EFF to lead, and is ready to make sure that radical programmes are being implemented.”

The EFF got votes in KwaZulu-Natal in the last elections, with the former president campaigning for them, and will still get the votes this year too.

Malema said, however, the former president must decide whether he wanted to continue his life in politics or live as a pensioner because his decision would influence how the EFF responded to him.

“When a person goes on pension, allow him to go and rest; the only difference is that Zuma doesn’t know when to stop because he must accept that he’s a pensioner. Now he’s busy recording videos. He’s inviting us back into his life. We have not even commented about his parole and all, but once he comes back and does politics, then he’s going to invite us back into his life when we have taken a conscious decision to walk away from him and allow him to rest as an old man. He must choose if he still wants to be an activist or pensioner. If he wants to come back then he’ll find us ready for him,” said the EFF leader.

The video of the former president campaigning for the ruling party was later released.