‘King of flip-flopping’? Malema under fire over about-turn on John Hlophe

The firebrand leader now wants the controversial jurist to become the next chief justice. 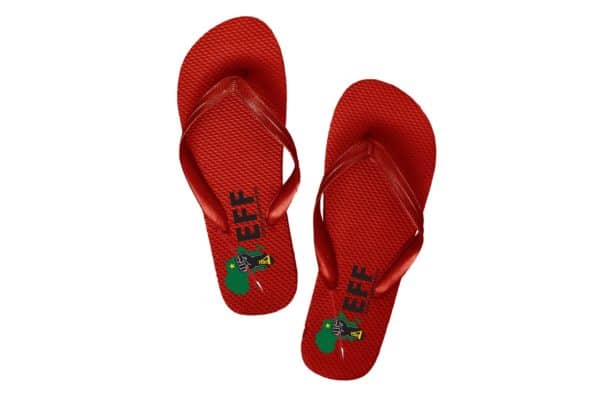 Economic Freedom Fighters (EFF) leader Julius Malema has once again been accused of flip-flopping when it comes to his stance on political matters.

This time Malema is being accused of changing his views on embattled Western Cape Judge President John Hlophe after he recently heaped praise on him, despite his previous views about Hlophe being part of the “rotten potatoes” in South Africa’s judiciary.

The firebrand has come under scrutiny from social media users who have pointed out his contradictions on Hlophe, with some tweeps even referring to him as a “serial flip-flopper”, a populist and the “king of flip-flopping”.

This followed Malema’s interview with SABC News on Tuesday, where he threw his party’s support behind Hlophe’s nomination to replace Mogoeng Mogoeng as South Africa’s next chief justice. Hlophe’s name is among eight candidates nominated to head up the Constitutional Court (ConCourt).

Despite Hlophe facing a pending parliamentary impeachment for alleged misconduct, Malema told the public broadcaster the jurist was more than qualified for the top job.

He said Hlophe was a man of “integrity and honour”. But this was a complete departure from his previous views a few years ago that the judge posed a threat to the integrity of South Africa’s judiciary.

Malema told SABC News: “I think in that list [of candidates], he is highly qualified, the best legal brain, [and] a man of integrity and honour. This thing that they are talking about judge Hlophe, it’s nonsense.”

Hlophe ‘not captured’ by white capital

The EFF leader said talking about court cases was a general practice in the judiciary, and Hlophe did nothing wrong by allegedly trying to improperly influence ConCourt justices to rule in favour of former president Jacob Zuma in a 2008 case.

“They hate him for that because Hlophe doesn’t play golf at Leopard Creek [Country Club] in Mpumalanga where all judges go and play golf. Hlophe is not captured by the white economic capital.”

Since the interview with Malema was aired, Twitter users have been quick to lay bare his contradictions over the years, with a video of him criticising Hlophe at a press conference making the rounds online.

A threat to the judiciary

During that media briefing, he vowed the EFF would remove Hlophe from the bench because he was a threat to the judiciary.

Malema said: “He is a threat to judicial integrity. In the Western Cape, that judge president [John] Hlophe… He’s the most worrying thing about our judiciary.

Twitter users have slammed the EFF commander-in-chief for his contradictions, with some questioning the party’s supporters’ continued backing even though Malema has been inconsistent on issues.

Attempts to get comment from the EFF on what prompted Malema’s sudden changed of heart were unsuccessful.

Here’s what tweeps had to say: 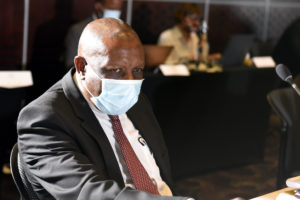 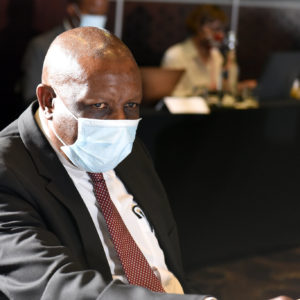 John Hlophe vs JSC: Arguments set for February 2022 as more parties admitted
5 days ago
5 days ago

John Hlophe vs JSC: Arguments set for February 2022 as more parties admitted
5 days ago
5 days ago