Steenhuisen says the PA walked out negotiations with other parties after clinching a power-sharing deal with the ANC. 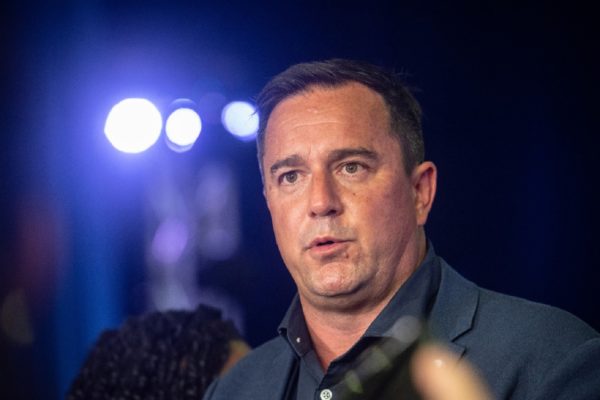 With time running out for parties to form coalitions in hung municipalities, Democratic Alliance (DA) leader John Steenhuisen says coalitions negotiations in Gauteng’s major metros have proven to be challenging and complex.

“The numbers there and the results have thrown up a huge number of very highly complex configurations of parties and it is proving quite a challenge to bring people together around a common set of values and principles to form those coalitions,” Steenhuisen said.

He was speaking at a virtual media briefing on Tuesday where the DA gave an update on the party’s coalition discussions in hung municipal councils.

No party achieved an outright majority to govern in 66 hung municipalities after the 1 November local government elections, which means that coalitions have to be formed before the 23 November deadline or election reruns could be held.

Steenhuisen announced that the DA had agreed to bilateral engagements ActionSA, the Freedom Front Plus (FF Plus) and the African Christian Democratic Party (ACDP) on forming coalitions in the hotly contested metros of Tshwane, Johannesburg and Ekurhuleni in Gauteng.

ALSO READ: Parties, minus EFF and ANC, to meet in Joburg over hung councils

This followed Monday’s meeting in Sandton, Johannesburg, of parties, which was convened by the FF Plus, to find common ground on coalitions in metros.

The United Democratic Movement (UDM), the Inkatha Freedom Party (IFP), the Congress of the People (Cope) and the Patriotic Alliance (PA) took part in the meeting, while the ANC and the Economic Freedom Fighters (EFF) were excluded.

Steenhuisen said the parties – with the exception of the PA – resolved to consult with their leadership structures on discussions that took place before making commitments on who to partner with.

“The meeting essentially ended with us agreeing to go and have a look at what is possible in the metros and to continue the engagement ahead of trying to be able to form a key government there,” he said.

The DA leader slammed the PA for walking away from the negotiations with other parties after clinching a power-sharing deal with the ANC.

Steenhuisen said the party, led by Gayton McKenzie, was focused on positions and patronage instead of service delivery, adding that the DA was not interested in that.

“It’s quite odd because yesterday was the first engagement we’ve been involved with the PA [and] we certainly did not take positions off the table.

“But we said ‘let’s start from a principled basis first and agree on what we want to achieve in these municipalities’… it’s all about patronage politics, it’s about dispensing jobs and being able to influence who gets tenders for the PA,” he said.

McKenzie announced on Monday evening a deal that would see the PA running its own municipality – the Karoo Hoogland Municipality in the Namakwa District of the Northern Cape.

Steenhuisen said the PA’s decision narrowed the opposition’s chances of taking control of the City of Johannesburg from the ANC.

“The implications for a place like Joburg are that it narrows the path to an opposition majority considerably. Part of the reason we were starting initial conversations yesterday was to try and see if we could form together that opposition coalition,” he said.

Despite the PA pulling out of the coalition talks, Steenhuisen said the DA remained committed to bilateral engagements with other parties.

“If we cannot get an agreement based on values and principles, and a common objective, we will go and be the best opposition in any municipality around the country.”

Steenhuisen said a path for the opposition to take over Tshwane, unlike in Johannesburg, seemed very likely.

“There is very much a victory open to the opposition. That’s the DA, ActionSA, the FF Plus, the ACDP and Cope can make the 108 required to have a majority there. You add the IFP into the mix and that’s another seat there,” he said.

DA federal council chairperson Helen Zille – who was at the media briefing – emphasised that the PA’s move did not mean that the coalition talks with other parties had collapsed.

“We agreed to meet again and in fact, we agreed to continue bilaterals. I think perhaps Gayton McKenzie wants to present the talks as having been collapsed so that he could justify the deal that he had actually done before with the ANC countrywide,” Zille said.

READ NOW: Herman Mashaba slated for closing doors as he refuses to negotiate with ANC

The new dawn has failed drastically, says EFF on unemployment crisis
3 hours ago
3 hours ago

'I fear for my life,' says SABC news chief after accusations of hurting ANC's electoral showing
8 hours ago
8 hours ago

ANC North West to discipline councillors who voted for EFF mayor, speaker
13 hours ago
13 hours ago The new dawn has failed drastically, says EFF on unemployment crisis
3 hours ago
3 hours ago

'I fear for my life,' says SABC news chief after accusations of hurting ANC's electoral showing
8 hours ago
8 hours ago

ANC North West to discipline councillors who voted for EFF mayor, speaker
13 hours ago
13 hours ago