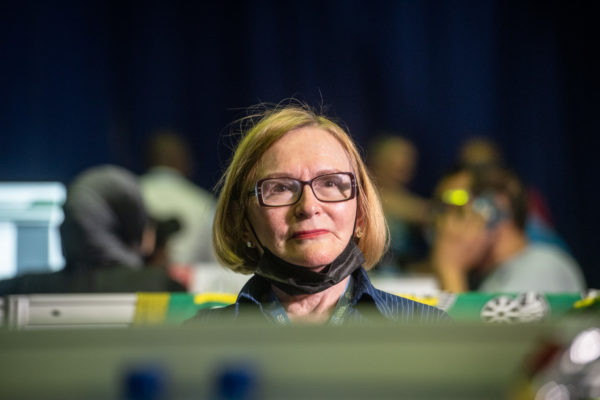 Speaking on the Clement Manyathela Show on Radio 702, Zille said she didn’t want to repeat mistakes made in the past.

The DA claims that Mashaba danced to the EFF’s tune when he previously held the position of mayor in Joburg.

“If a minority coalition has to rely on the EFF, then as we learned in the past, Herman Mashaba dances to the EFF’s tune. In 2016 you saw how Herman Mashaba became the EFF’s mayor,” Zille told Manyathela on Monday.

She also accused Mashaba of enabling the EFF of running the coalition government behind the scenes.

“He enabled or did not stop massive land invasions. Secondly, he brought insourcing, and most people in the DA said Mashaba was more in the EFF caucus than the DA caucus,” said Zille.

“I can never be an EFF lackey. I find it difficult and an insult to the people of this county for Helen [Zille] and the DA to bring the EFF into this mix,” Mashaba is quoted as saying by Sowetan.

He called Zille a “habitual liar”

“The reason the DA hates me is because of my views on pro-poor programmes and the DA did not want to approve them – and they called them EFF policies,” Mashaba said.

“I am not going to be the mayor of grass cutting in the suburbs. When I was a mayor, every time we brought in budget towards poor communities, they said I was influenced by the EFF. How does providing services to the poor make me an EFF person?”

ALSO READ: ANC may benefit from breakdown in coalition talks

The DA’s refusal to work with Mashaba in a coalition minority government has, effectively, handed the opportunity to run the City of Johannesburg to the ANC.

And, if Mashaba retaliates by not supporting the DA in Tshwane, the ANC could also effectively get the same opportunity in the capital city.

Former deputy director of the DA and political commentator Russel Crystal said: “Right now, the DA and ActionSA find themselves facing a very similar dilemma. If the DA does not support Mashaba for mayor of Joburg, they will be blamed for handing over the city to the ANC. If Mashaba decides to retaliate in Tshwane for the DA’s decision in Joburg and decides not to support the DA candidate for mayor in Tshwane, ActionSA will be blamed for handing that city over to the ANC.”

NOW READ: Herman Mashaba slated for closing doors as he refuses to negotiate with ANC