Mabuza further commended the MK vets for accepting the decision of the ANC to disband the MKMVA and the MK National Council. 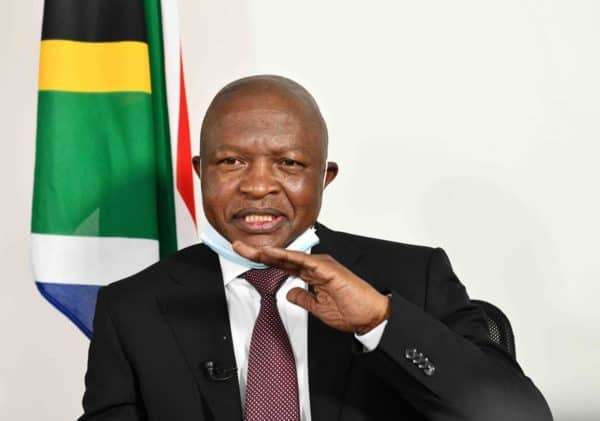 Mabuza delivered the opening address at the event, under the theme renewal, discipline, welfare and unity, which started on Friday.

According to Mabuza, holding the conference “bears testament of the fact that cadres of Umkhonto we Sizwe understand well, that they have a duty of disassociating themselves from factional squabbles that only serves to dislodge the ANC from prosecuting the National Democratic Revolution.”

Mabuza further commended the MK vets for accepting the decision of the ANC to disband the MKMVA and the MK National Council, saying they demonstrated their ability to exercise “high discipline”.

“This conference is testament of the fact that akin to military discipline, members of this constituency are capable of exercising high levels of discipline and restraint, as demonstrated by your acceptance of a decision taken by the National Executive Committee of your Movement in June of 2021, to disband both MKMVA and MK National Council, even though many of you may not have agreed with the decision,” said Mabuza.

“You demonstrated your ability to exercise high discipline, and accepted this decision of the NEC, much in the same way that you agreed and consented to a decision by the Leadership of our Movement, to discontinue the armed struggle, back in 1993. It is testament of the fact that members of Umkhonto we Sizwe are as determined as they were, back in the 1960s, to stand united against factionalism and ready to use their training and skills to promote unity…”

ALSO READ: Carl Niehaus claims there was plot to kick him out of MK veterans conference

He further urged all MK vets to join their nearest ANC branch and assist members in drawing a new “battle plan” that will prioritise the role that they should play in the fight against factionalism and corruption, “that subverts our electoral fortunes, stunts economic growth and drives away new investment, and ultimately undermines the realisation of socio-economic rights and the capacity of the economy to create additional jobs that our people so desperately need.”

“Comrades, as you engage each other during this conference, I implore you to desist from basking in the false assumption that the ANC will somehow miraculously self-correct, but to consciously insert and immense yourself with daily activities of your ANC branch, and to ensure that the character and standing of the ANC as leader of society, is restored.”