Magashule says Ramaphosa must face same treatment as he did, after Dollargate

'When it was allegations against us, people said we are corrupt,' said Magashule, asking for action against the president. 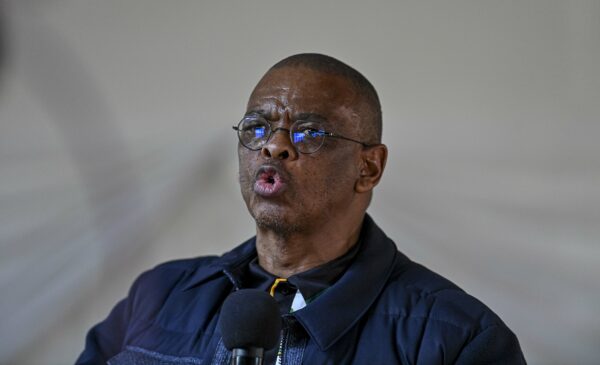 Ramaphosa has come under increasing public pressure to come clean on the robbery at his Phala Phala farm in Waterberg, Limpopo, which is said to have taken place on 9 February 2020.

Fraser had claimed that the suspects who broke into the president’s property were subsequently kidnapped, interrogated and paid off to keep silent.

Speaking to the media during his visit to Arlington in Free State, Magashule said equal justice should be meted out to all, including Ramaphosa.

“Allegations any ways are allegations, but because when it was allegations against us, people said we are corrupt. Now I hear people defending themselves and I say we must be treated the same.”

“You know the laws of South Africa in terms of finances how much you can bring into the country, how much dollars and rands whatever. I leave that to the organs of state and I hope they will have eyes for all of us,” the suspended ANC secretary-general added.

The ANC has since confirmed that Ramaphosa would voluntarily present himself to the party’s integrity commission following a National Working Committee (NWC) meeting on Monday.

The governing party said the ANC president would be afforded the opportunity to address Fraser’s allegations.

Meanwhile, Magashule also indicated that he will contest the ANC’s 55th ANC national elective conference in December if nominated.

The ANC secretary-general was suspended by the ANC last year after failing to step aside.

He is not allowed to attend organisational activities or represent the ANC in any activities.

Magashule, who is is facing a string of charges in connection to the 2014 asbestos audit tender, will be back in the dock at the Bloemfontein High Court on Friday.

READ MORE: The roof is caving in on Magashule in the Free State

He has previously sought to have the charges against him dropped, but this application was dismissed with costs in March this year.

The ANC secretary-general has maintained he is innocent, and claims the charges against him are politically orchestrated.

The case dates back to 2014, when the Free State human settlements department awarded a contract worth R255 million to Diamond Hill and Blackhead Consulting.