City of Tshwane postpones media briefing on agreement with unions

The agreement, however, was not in favour of the 18% increase that municipal workers are demanding. 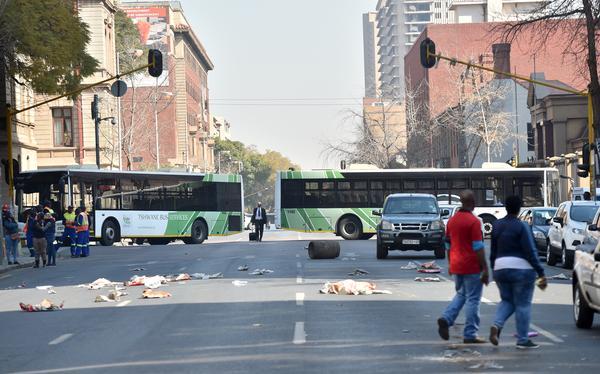 The City of Tshwane has postponed a scheduled media briefing where it was set to announce the outcome and way forward following talks with striking members of the South African Municipal Workers’ Union (Samwu) and the Independent Municipal Allied Union (Imatu).

After a week of chaos and disruption in the city, Samwu, Imatu and the City reached a settlement agreement on Thursday night.

The agreement, however, was not in favour of the 18% increase that municipal workers are demanding.

According to the agreement, which News24 has seen, the parties had agreed that the implementation of increases for Section 56 group heads and divisional heads – which was used to allow increases for top management – be suspended until the completion of a benchmarking exercise.

The workers had disputed the allocation of an 18% increase to top management, arguing that they were also deserving.

It was also agreed that a task team consisting of representatives from the City and unions would conduct a benchmarking exercise on the pay scale of other metropolitan municipalities, in order to develop pay scales for the city.

The City also agreed to pay workers aN equalisation payment based on their current basic salaries, News24 previously reported.

Mayoral spokesperson Omogolo Taunyane told News24 that the City was to communicate details surrounding the settlement agreement during the briefing. She said all parties involved remained satisfied with the agreements made in the Bargaining Council.

She added that there had, however, been unforeseen challenges which led to the postponement.

Meanwhile, crowds have once again gathered outside Tshwane House, where they are due to receive a briefing from union representatives after the announcement was postponed.