The issuing of 'rape whistles' which can be used to call for help during an emergency was requested in the memorandum. 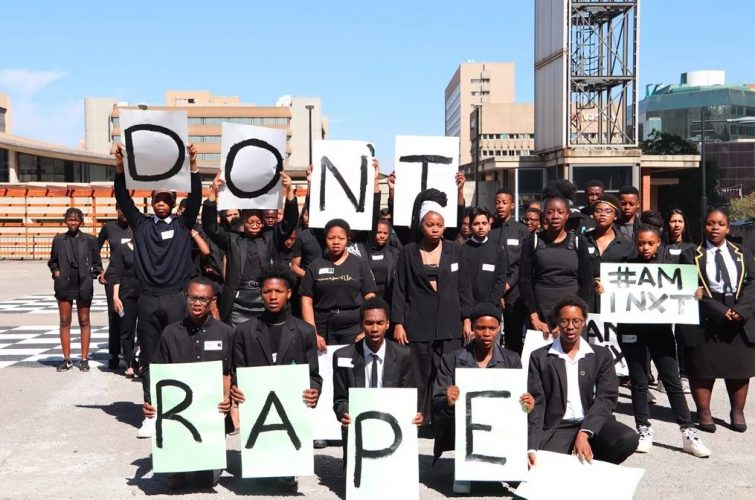 Johannesburg youth have taken a stand against gender-based violence, handing over a memorandum to the city’s leadership.

The JSC ALNet is a network of Johannesburg’s future leaders, consisting of high school pupils, students at tertiary institutions and young professionals, who aim to create awareness of the importance of civic responsibility through skills and leadership development.

The protest comes in the wake of reports of the rapes and murders of a number of women.

“As a network of young leaders who will carry the baton we feel our future is facing grave threat from the unjust violence, rape and murder of women in the country,” says Tahir Tayob, JSC’s student mayor.

“The entire country should be on its feet fighting this injustice around the clock and looking for practical solutions that can counter these acts of horror against a vulnerable gender.

“As JSC ALNet, we decided to not only protest in solidarity with all of the victims of GVB and their families but to also handover a memorandum to the mayor with action items that we would want him to consider and enforce in the city.”

The memorandum was received by City of Johannesburg speaker Vasco da Gama, and called on the City to include “consent to sex” as part of the sexual education of pupils and students, as well as rolling out similar workshop in workplaces.

The memorandum, among other issues it addresses, requested the following from the mayor:

The issuing of “rape whistles” which can be used to call for help during an emergency was also requested in the memorandum.

The JSC ALNet also called for the City or create safe, reliable and trusted centres where women can feel comfortable and protected to report cases of sexual assault, while addressing the challenges that women face when reporting crimes to the police.

Addressing the protestors, Da Gama reportedly said the issue of gender-based violence has been prioritised by the City.