Von Maltitz says when the community previously complained about the roads, Ntombela promised to attend to the situation. 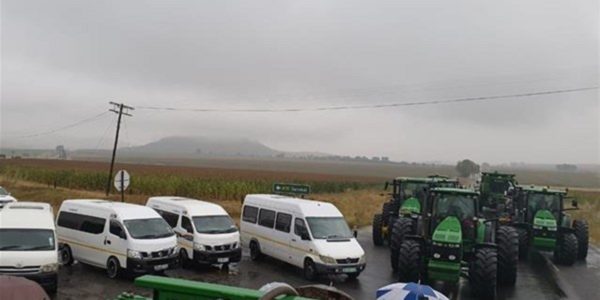 Farmers, with their tractors, and the business community, including taxi-owners, block all access roads to Ficksburg in the Free State. Picture: OFM News

Farmers, with their tractors, and the business community, including taxi owners, have started to block all access roads to Ficksburg in the Free State.

They are protesting against the bad condition of roads surrounding their town. Local farmer and member of the Ficksburg Agricultural Association, Friedl von Maltitz, says they have been complaining about the condition of the road that has led to people losing their lives.

ALSO READ: It’s official: SA’s roads the most dangerous in the world

The community says, in a memorandum sent to Sisi Ntombela, that Ficksburg has a large farming community and the condition of the roads is going to make it impossible for farmers to transport their products out of town. Taxi owners and motorists are also endangering their lives having to drive these roads on a daily basis.

Von Maltitz says when the community previously complained about the roads, Ntombela promised to attend to the situation. He says following no action from the Provincial Government, the community then sent a memorandum to the premier’s office and asked for a response within seven days.

A decision was then taken by all roleplayers to start protesting since no response from the Provincial Government was received, says Von Maltitz. “We started early this morning to block access roads and we are awaiting a response,” he said.

OFM News sent detailed questions to Ntombela’s office. Her spokesperson, Sello Pietersen, confirmed that she will respond in detail.

“The premier expressed concern about the situation and is going to look into the concerns of the residents, plus other challenges facing the community as a matter of urgency,” he said.

This article was republished from OFM News with permission 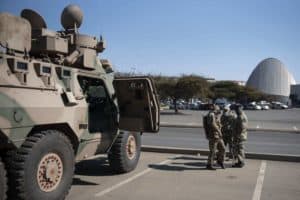 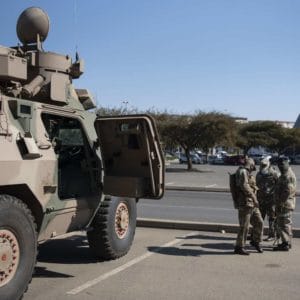