Some Soweto residents were protesting over houses, as well as electricity. 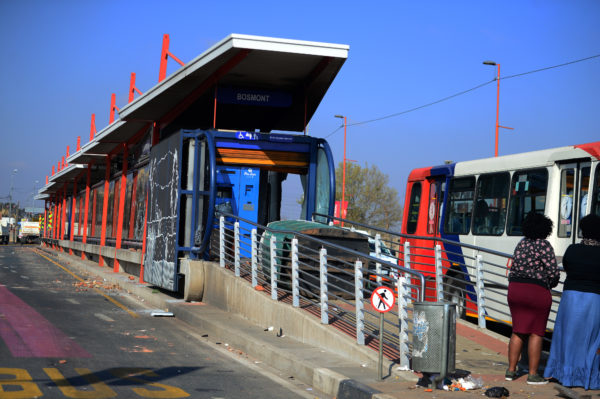 Rea Vaya Bus Transit has announced that its services are now operational after it was temporarily suspended due to service delivery protests in Soweto.

Two service delivery protests in the area broke out on Thursday morning, which has affected traffic.

The Klipspruit Valley Road in Orlando as well as the Chris Hani Road near Thokoza Park and Rockville were blocked off by residents.

Johannesburg Metro Police Department (JMPD) spokesperson Xolani Fihla told Jacaranda FM that some of the residents were protesting over houses.

“Klipspruit Valley Road in Orlando, Soweto is barricaded with rocks and burning tires between [the] Zephania Mothopeng and Mart Hallow [streets]. This is due to protest by residents of Ezimbuzini informal settlement.

“The residents are protesting for housing issues and other grievances and at the moment the situation is tense. Officers are present and traffic is being diverted at Khumalo Road and Soweto Highway and this is causing delays as motorists avoid Klipspruit Valley Road,” he said.

Fihla said the second protest on Chris Hani Road was a result of residents being fed up over a lack of electricity.

He further urged motorists to make use of alternative routes such as the Soweto Highway and the Reverend Freddy Modise Drive.

Last month, Eskom released its annual report in which revealed that Soweto owes the utility R7.5 billion after it wrote off R5.3 billion of the debt, City Press reported.

According to the publication, Eskom indicated that only R536 million was deemed collectable from the township.