Environmental activists are calling for the protection of marine life along the Wild Coast. 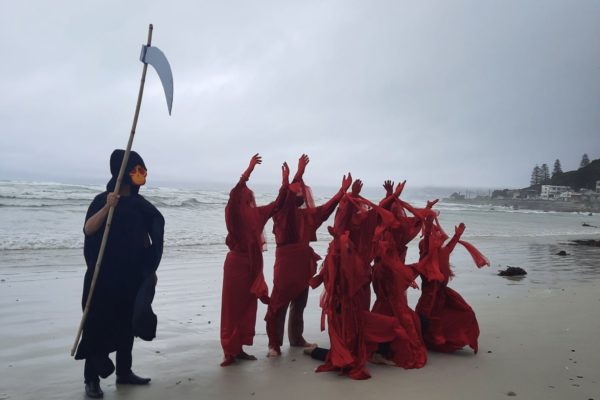 Environmental activists gathered across different parts of the country on Sunday to protest against Royal Dutch Shell’s seismic survey plans along the Wild Coast.

This follows after acting Judge Avinash Govindjee on Friday said the arguments presented to the court were not enough to convince him that the surveys should not take place.

The fossil-fuel company had planned to start seismic testing on 1 December but operations were delayed when an urgent interdict was filed by environment lobby groups.

#Shell A whale puppet is also part of the protest. @eNCA pic.twitter.com/SGr4hjm3gt

However, Judge Govindjee said the applicants failed to prove how irreparable harm would be done to marine species.

Activists are now upping their efforts to call for the protection of marine life along the Wild Coast.

Groups of demonstrators united against the seismic exploration for oil – and fossil fuel developments in general – along South African’s eastern coastline.

Residents from Nelson Mandela Bay gathered at the Shark Rock Pier on Monday morning as part of the nationwide protest. 1/8
A protest outside Shells offices in Bryanston, 1 December 2021 by Extinction Rebellion against the companies seismic survey operations along the wild coast of South Africa. Picture: Neil McCartney 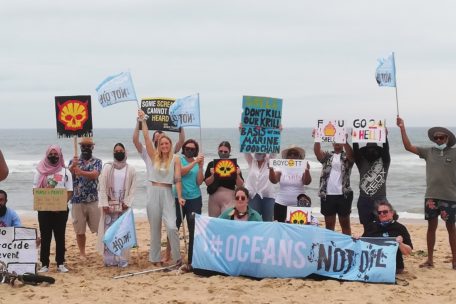 2/8
Another batch of environmental NGOs are gunning to stop Shell's seismic survey along the Wild Coast. Picture: Twitter/2OceansHelen According to Shell, more than 300 seismic surveys have been carried out around the world, without any data to suggest the tests cause harm to ocean life.

However, the founder of The Green Net, Joan Gallagher, said the environmental permissions Shell presented “are very outdated”, and have since been amended. Gallagher added:

“We are urgently asking everyone to pay attention to that aspect because this pillaging of our oceans is going to create immense damage to all who live in it and around it”.

In addition, Greenpeace said the go-ahead was given while President Jacob Zuma was in power, without full stakeholder input or objections.

The surveys had been authorised under the Mineral and Petroleum Resources Development Act (MPRDA), but would still have required the submission of an environmental management plan.

Shell also failed to inform all affected parties of the granting of the exploration right, and none of the parties were given an opportunity to appeal the seismic testing.