The Bosasa employee says he was instructed to immediately delete the footage after the visit at Bosasa. 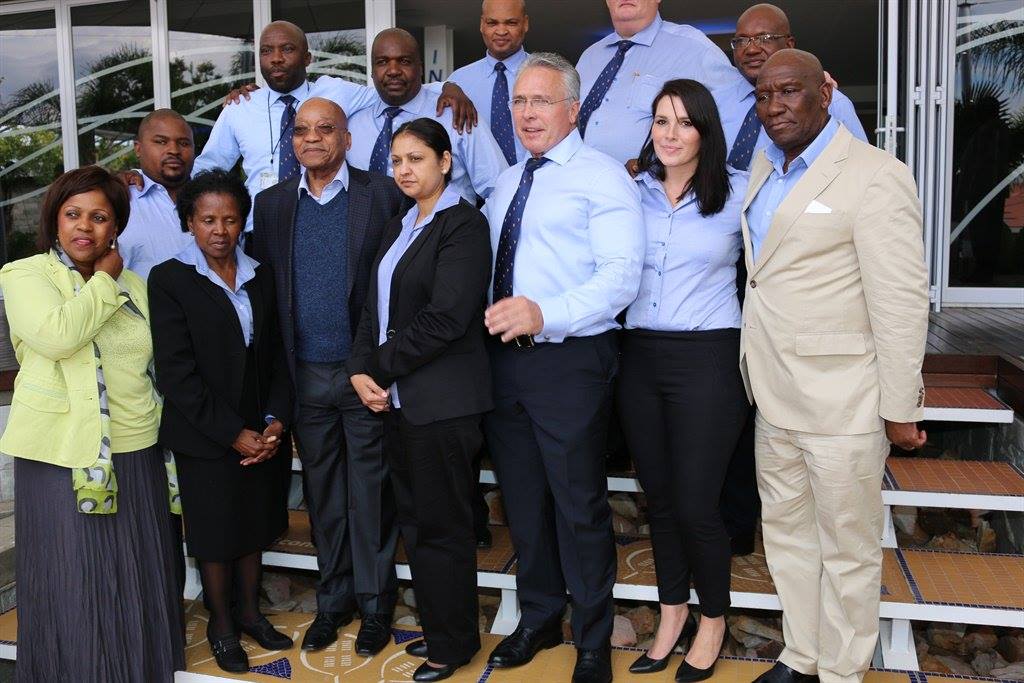 Dudu Myeni (far left) with Jacob Zuma and Bosasa executives on a visit to one of their plants. Picture: Facebook

An employee of a Bosasa subsidiary, GTS (previously known as Sondolo IT), told the commission of inquiry into state capture on Thursday that he was instructed to delete the video footage showing former president Jacob Zuma accompanied by former SAA chair Dudu Myeni and Police Minister Bheki Cele paying a visit to Bosasa premises.

The employee, Richard Le Roux, said although he does not recall the year the visit was, he does remember that it was on a Saturday morning and that he was instructed to delete the footage that afternoon.

Le Roux told the commission that when he returned to the employ of the company in 2008, he was placed in charge of the company’s camera and footage servers.

He said on numerous occasions when “VIP or VVIP” guests would pay a visit to the Bosasa premises, he would be instructed by either the company’s CEO, Gavin Watson, or its former COO, Angelo Agrizzi, to delete this footage.

He said he never had the opportunity to view the footage to identify the VIP or VVIP guests, but added on one occasion he was able to identify Zuma, Myeni and Cele as the guests.

Earlier this week, an image, allegedly from 2015 when Myeni and Zuma met with Bosasa executives, caused a flood of comments on social media.

Le Roux is expected to testify on Bosasa’s “special projects”, which involved the maintenance and installation of CCTV cameras and pool pumps, electric fences, to name a few, for government and ANC officials.

Agrizzi told the commission earlier this week that ministers could call on Bosasa to have their needs handled by the special projects team at no cost.

The former COO said the team existed from 2013 and that “the state never paid the bill”, and that the company deducted the costs as operational costs.