Testifying at the commission has been a difficult task – Mentor

She says that with every time testifying, she has been having sleepless nights. 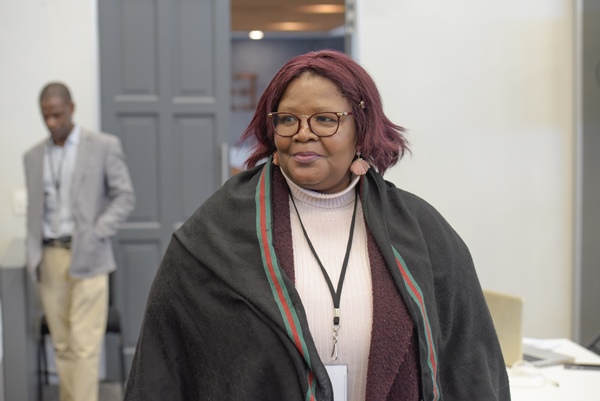 Former African National Congress (ANC) parliamentarian Vytjie Mentor pleaded with the commission of inquiry into state capture chaired by deputy chief justice Raymond Zondo that as proceedings unfold, time should be considered because she had appeared before the commission with “great trepidation”.

She further said her credibility had been “attacked” by the legal representative of the Gupta brothers, Mike Hellens, who, during his request to submit a video taken during an “in loco” inspection of the family’s compound, said Mentor had been at “a loss for words”.

During her testimony on Monday, Mentor said due to her nature, personality, and character, she took the commission seriously and appeared before it “with great trepidation”.

She said every time she had to appear before the commission, she had sleepless nights which is why she wanted to conclude her testimony Tuesday, February 12.

Mentor further said that giving testimony at the commission had “been a difficult task”, requesting the commission to be wary of time because, as a whistleblower, she “carried a lot of weight”.

Since its commencement on Monday at 10am, the commission had been dealing with sorting out evidence files and dealing with a request by Hellens to submit a video recorded by a professional videographer hired by the Guptas for the “in loco” inspection last year.

The inspection was conducted after one of the Gupta brothers, Ajay, claimed that Mentor’s description of the Gupta’s house, inside and out, had been incorrect.

Hellens requested that the video the Gupta family took using the professional videographer be submitted as evidence rather than the Commission relying on the one recorded by its own team.

Hellens said the video recorded by the videographer had not been edited and that the other teams had made use of phones while recording their videos.

Hellens said the importance of submitting the video would be for the purpose of making it accessible to the public and that the recording would bring Mentor’s credibility into sharp focus.

The chairperson of the commission, Zondo, however, said that since there were three recordings made by the three different teams, these should all show the same evidence, with the use of one by the commission’s team being sufficient as this would mean he did not have to sit through hours of recording when what he needed to see can be shown in one hour.

“But also, it ought to be possible for somebody who was there throughout to be able to say we went there with the view to see whether … certain features of the property are there,” Zondo said, adding that it should be possible for all those present at the inspection to agree on which features were there or were not.

Hellens said the reason behind his request to submit the “professional” video was that he wanted the commission to see Mentor’s “facial expressions” and moments when she was at “a loss for words” when questioned during the inspection.

After Zondo had responded to Hellens’ request, saying he would make a ruling on whether the Guptas’ video could be submitted at the commission at a later stage, Mentor said Hellens’ comments had been an attack on her credibility and that she took exception to this.

She said she and her legal team had not had the opportunity to defend her credibility.