Mentor says she is certain Lakela Kaunda called her to arrange a meeting where she eventually met the Guptas. The cellphone records of former president Jacob Zuma’s adviser Lakela Kaunda suggest there was no telephonic communication between former ANC MP Vytjie Mentor and Kaunda around October 2010, though Mentor says Kaunda submitted records for only one number, when there was another one.

Mentor testified that Kaunda called her on a Sunday in October 2010 to arrange a meeting between the former MP and Zuma.

The call subsequently led to Mentor flying from Cape Town to Johannesburg the next day, she said, and eventually meeting the Guptas and Zuma at the controversial family’s residence in Saxonwold, where she alleges she was offered a ministerial position.

Kaunda’s legal counsel said an affidavit accompanied by her cellphone records around the time in question was submitted to the commission of inquiry into state capture and that, according to these records the two, Kaunda and Mentor, had not communicated in October 2010.

Mentor said she could not attest to the veracity of the records because they were not from the service provider but were from Kaunda’s personal bill.

She further said Kaunda had a number from a different service provider to the one in the cellphone records submitted to the commission and that she, Mentor, had requested she provide an itemised billing from that alternative number.

Mentor said she would respond to the veracity of Kaunda’s cellphone records once she had her own to use for a comparison, which she said she was unable to obtain because her service provider had told her it kept records for only five years.

Mentor maintained that she was “very clear” that Kaunda had spoken to her that Sunday.

Kaunda’s legal counsel further raised the issue that it was only informed on Sunday, February 10, that Mentor, in her supplementary affidavit handed in on the day, had changed the month she alleged Kaunda her called her from October to September 2010.

Advocate Cowley, representing Kaunda, drew Mentor’s attention to her previous testimony before the commission and evidence she gave the public protector that she remembered the call being the Sunday before Zuma reshuffled his cabinet on October 14, 2010.

However, Cowley further noted that the said reshuffle took place on October 30.

Mentor said she had since “shifted” from this position before the commission that the call from Kaunda had been made in October.

“Ms Mentor, I propose to you that you took a different tact once you came to learn of Ms Kaunda’s cellphone records,” Cowley told Mentor, which she said was not true.

Kaunda has maintained that she did not make the call to Mentor. 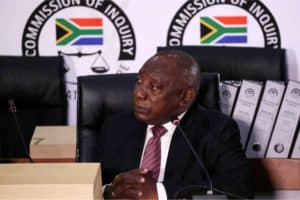 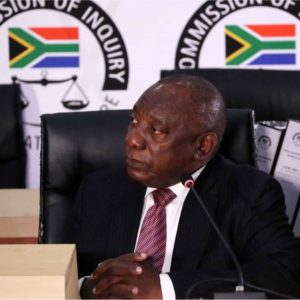