The commission says it is reflecting on the fact that after six weeks since it requested that Zuma furnish the undertaking, it has not been forthcoming. 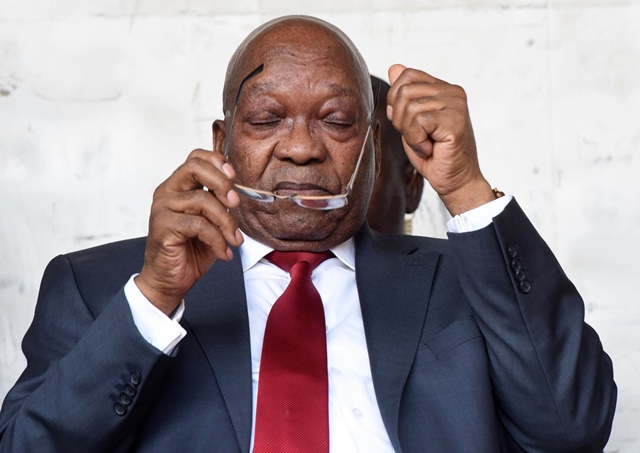 Former President Jacob Zuma after appearing at Pietermaritzburg High Court on corruption charges, 20 May 2019, after his battle for the court to grant him permanent stay of prosecution on the charges related to the multi-billion rand arms deal. Picture: Nigel Sibanda

Former president Jacob Zuma has not furnished the commission of inquiry into state capture with an undertaking that he will appear before it, the commission said in a statement on Thursday.

This despite the fact that in April this year the commission set aside July 15 to 19 as the dates for Zuma to appear before the inquiry so he could give his side of the story in response to the statements or affidavits and evidence of certain witnesses that had implicated the former president, the commission said.

The commission said that when Zuma appeared before it, questions would be put to him on the issues or matters covered in statements or affidavits of those witnesses who had implicated him.

“It is contemplated that Mr Zuma would come back and appear before the commission later in the year to give evidence on other issues or matters,” the statement reads.

Zuma’s attorneys have been in correspondence with the commission since April 30, with the inquiry requesting the former president to furnish it with a written undertaking that he will appear before the commission on the given dates.

“So far, the commission has not been furnished with the undertaking. Mr Zuma has among other things, insisted that he be furnished in advance with the questions that he will be asked on the witness stand before he can consider whether to give the required undertaking.”

However, the commission said the former president was not entitled to insist that he be furnished with the questions in advance of his appearance before he could consider whether to give the undertaking.

“It takes the position that it is enough that he has been told that he will be afforded an opportunity to state his side of the story in response to what certain identified witnesses have said in their statements or affidavits or evidence about him or against him or in regard to certain issues that relate to him and that the questions he will be asked will be confined to the issues covered in the statements or affidavits or evidence of those witnesses.

“The commission is aware of certain views expressed or accusations made by Mr Zuma against the commission but does not wish to deal with those here and prefers to confine itself to what has been set out above.”