Advocate Thandi Norman says Jacob Zuma was issued with a notice as he is mentioned in testimony relevant to the landing. 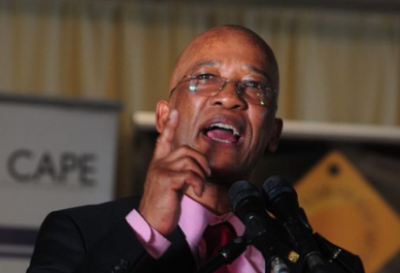 The commission of inquiry into state capture chaired by Deputy Chief Justice Raymond Zondo will on Tuesday hear evidence into the Gupta family’s April 30, 2013 aeroplane landing at Waterkloof Air Force Base.

Former minister of transport Ben Martins will be the first witness to take the stand and give testimony related to the controversial landing. Martins served in the portfolio from 2012 to 2013.

Evidence leader at the commission, advocate Thandi Norman, told the chair that the commission’s legal team would look at the processes that were followed or not followed in regards to the landing.

Norman further said former president Jacob Zuma was sent a notice on June 25, as he was mentioned in the testimony of a witness who is expected to appear before the commission.

Meanwhile, Public Protector Busisiswe Mkhwebane recently announced that she would hand over to the commission documents at her office relating to the landing.

Mkhwebane said she would do this as a way of cooperating with the commission.

Mkhwebane’s predecessor, Thuli Madonsela, recently called on the incumbent public protector to share the findings of this investigation with the commission.

It was reported that Madonsela had also called Mkhwebane’s decision to close the Waterkloof investigation a “mystery“.

However, her successor said in a statement posted on YouTube that when she joined the office of the public protector, guidance was given to the office’s investigation team to finalise a complaint lodged by Colonel Christine Anderson.

Anderson claimed she was not afforded the opportunity to give her side of the story during a 2013 investigation by the Justice, Crime Prevention, and Security cluster into the Gupta landing at Waterkloof.

READ MORE: Mkhwebane outlines documentation she will share with the Zondo Commission