The commission could be put in an awkward position should others demand the same treatment, said constitutional expert Professor Pierre de Vos. 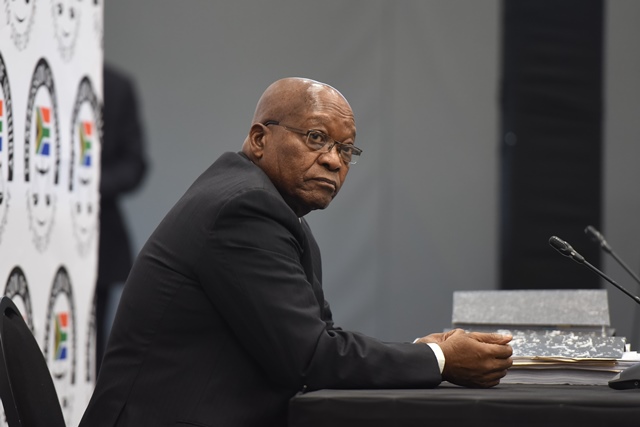 Jacob Zuma may not have had a choice but to reverse his decision to pull out of the Commission of Inquiry into State Capture, but if his subsequent address to his supporters is anything to go by, he still has plenty of fight left in him.

Zuma’s address outside the commission’s venue in Parktown yesterday suggested the gloves were off, as he appeared to be warning his accusers directly when he threatened to reveal apartheid-era secrets of those intent on speaking out against him.

Reacting to Zuma making a U-turn on his earlier decision to discontinue his testimony at the commission, constitutional expert Professor Pierre de Vos expressed concern that whatever deal was made for him to agree to return to the stand, could put the commission in an awkward position should others demand the same.

Judge Raymond Zondo announced yesterday that Zuma had agreed to continue testifying in the proceedings after deliberations between his legal team and that of the commission.

Zondo said Zuma would receive pre-warning on specific areas of interest from the statements and affidavits made against him, upon which he would be questioned.

“If he had refused to continue, I suspect the commission might have been forced to summons him and then he would have had to answer questions under duress.

“It was probably not in his best interest to be summonsed as this might have reinforced the fact that he has been implicated by other witnesses,” he said.

De Vos added that whatever agreement was made in Zondo’s chambers needed to be clarified to rule out any elements of privilege being given to Zuma over other witnesses, especially those also implicated.

“If this agreement means that Zuma would not be asked unscripted questions to probe for truthfulness, this may amount to preferential treatment. Other witnesses were not given that privilege and it is not provided for in the regulations and the rules [of the Commissions Act]. It suggests that both Zondo and Zuma’s lawyers did not want to be seen to be uncooperative and so they came to this agreement.”

Speaking after proceedings were adjourned yesterday to a sizeable crowd of supporters, Zuma told his audience in isiZulu that his detractors would be taken out one by one.

He was referring specifically to those he claimed to have damning information on, and individuals he claimed were behind a conspiracy to kill him politically, and, in some cases, literally.

Zuma’s 30-minute rant to his supporters was laden with allusions to a pre-1994 conspiracy to silence him, ostensibly because he held incriminating information about those out to destroy him.

On Thursday, the party joined the Ahmed Kathrada Foundation in suggesting Zuma’s allegations of a conspiracy against him were a diversion tactic.