While Luyolo Mphiti was one of the Indlala Group's directors, he denies ever having had any involvement in its business.

Democratic Alliance (DA) youth leader Luyolo Mphiti says that while he started a company with former Bosasa COO Angelo Agrizzi’s son Giancarlo, he had no idea it was connected to either Angelo or former national commissioner of correctional services Linda Mti.

At the commission of inquiry into state capture, Mti was accused by Agrizzi of having received bribes from the facilities management company, which is now in liquidation.

At the beginning of the year, the Indlala Group was featured in a report in The Citizen. Giancarlo explained that the business was started following him being “coerced” into establishing it following a meeting with his father and Mti, who said it would provide “consultancy services to various government agencies”.

The so-called “Watson files” form part of what Gavin would have presented to an SA Revenue Service (Sars) inquiry into his tax affairs if he had not died in a mysterious car crash on the morning of August 26.

Hogg released the files into the public domain in their entirety on Monday, saying he did so in the public interest.

The information was accompanied by a report in which Hogg paints a picture of Agrizzi as the true mastermind behind the Bosasa corruption he pinned on Watson, something Agrizzi denied in a report The Citizen published on Thursday morning.

Mphiti says he started Indlala with a group of friends, including Giancarlo, who he met in his honours year at the University of the Witwatersrand (Wits).

He further says “nothing materialised” beyond the registration of the company, and that he “resigned from the company in June that year after accepting a job in Mpumalanga”.

“From the point of registering the company to my resignation I had not met, made or done business on behalf of Indlala,” Mphiti claims.

According to Mphiti’s LinkedIn profile, a screenshot of which is included in the Watson files, he was director of the company from July 2014 to April 2015.

A registration document from the Companies and Intellectual Property Commission (CIPC) from July this year indicates, however, that Mphiti and Giancarlo are both still registered as the company’s directors, something Jared Watson in his collection of evidence claims is “contrary” to what Giancarlo had said in The Citizen‘s article from January – that he and Mphiti had resigned.

Mphiti says this is, simply, a mistake.

“I assumed my name would have been removed from CIPC, given my resignation. I contacted the CIPC this morning regarding my status and they informed me the company is under deregistration due to inactivity. They have stated that it will be deregistered,” he said.

Mphiti says he has no connection to or “knowledge of” the Agrizzi family beyond having started a company with Giancarlo, who studied politics with him at Wits.

“I did not know Giancarlo’s family. In fact, at the time, the matter regarding Angelo Agrizzi, Bosasa and the Zondo Commission is not something I would have been aware of as it was not in the public domain,” he said.

READ MORE: Why the Watsons and Bosasa kept their silence

Mphiti says he started the company after he “came up with the idea to start a research consultancy”.

In January, however, Giancarlo said the company was started after he was approached by his father – who he said was under the instructions of Bosasa CEO Gavin Watson – to start a company with Mti that would provide “consultancy services to various government agencies”.

According to Giancarlo, both himself and Mphiti resigned as soon as they cottoned on to there being “a dubious relationship between Mr Linda Mti and Mr Gavin Watson from Bosasa”.

“I immediately ceased work for the Indlala Group of Companies, as did one of the other directors, Mr Luyolo Mphiti. Neither myself nor Luyolo Mphiti were awarded any financial incentives during the time Indlala ran; the company also did not receive any contracts from any state agency,” he said.

In the Watson files, Jared includes the LinkedIn profile of the Indlala Group of Companies, which says that “both private and public sector have chosen to work with Indlala group”, as evidence that “contradicts” Giancarlo’s claims in The Citizen that Indlala received no state department work.

Giancarlo has since released a long and detailed statement, which largely backs up Mphiti’s claim that Indlala never got to the stage of doing any actual work and was just a group of varsity friends trying to start a company.

He says the LinkedIn profile and the company’s marketing material “may not have been completely accurate, but we were just trying to market ourselves as a company already in operation.”

“What I can say without a doubt and without fear of being proven wrong is that Indlala never worked with any state entity, it was not used to aid or abed corrupt activities it didn’t receive any external funding and never did anything illegal. It was further not used as a vehicle to do anything for Bosasa or anyone connected to the Bosasa,” according to the statement.

UPDATE: This article was updated with Giancarlo Agrizzi’s comment, September 27, 2019. 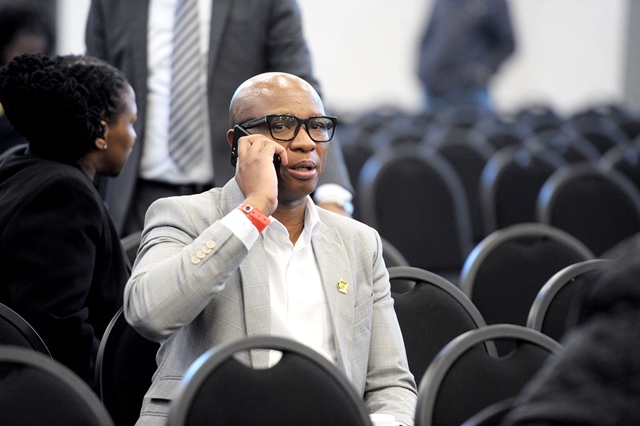