Former Eskom board member met Guptas ahead of his appointment at the SOE, hears Zondo

However, Mark Pamensky says his interest to join the Eskom board was not discussed with the controversial family. 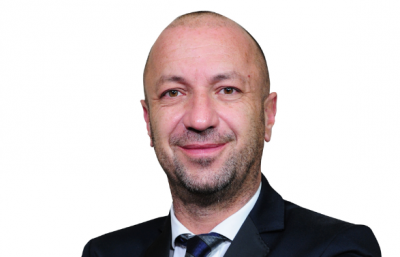 Former Eskom board member Mark Pamensky on Thursday told the commission of inquiry into state capture that prior to his appointment to the power utility’s board, he had met with Tony and Atul Gupta respectively on two separate occasions.

Pamensky, a former director of the Guptas’ Oakbay Resources, told the commission that around August or September 2014, he received communication from Atul Gupta who wanted to talk about listing the company and that non-executive directors were being sought for the entity.

In June that year, Pamensky said he met with Tony Gupta over tea at the latter’s residence in Saxonwold.

In both these meetings, Pamensky said his interest to join the Eskom board was not discussed and neither was the contract the entity had with The New Age (TNA).

MoneyWeb reported in January that Pamensky was a close associate of the Guptas who joined the Eskom board in 2014 and resigned in 2016 when leaked emails highlighted his role in sharing sensitive Eskom information to assist the Guptas in acquiring Optimum Coal, which supplied coal to the power utility.

It was further reported that the Guptas acquired Optimum using Eskom guarantees and prepayments. Pamensky is accused of acting against Eskom’s best interests in violation of his duties as a board member. Last year, the Organisation Undoing Tax Abuse (Outa) laid criminal charges against Pamensky for corruption, and for violating his obligations in terms of both the Companies Act and the Public Finance Management Act.

Pamensky on Thursday told the commission that when he joined the Eskom board, Oakbay was involved in uranium and gold mining and so no conflict of interest would have arisen.

The commission dealt with Pamensky’s decision to ratify the R43.2 million Eskom sponsorship of the Guptas’ TNA business breakfast sessions, which were broadcast on SABC 2.

The report of the parliamentary portfolio committee on public enterprises on the inquiry into governance, procurement and the financial sustainability of Eskom dated November 28, 2018, states that it is unclear why the power utility’s board appointed in December 2014, which Pamensky was a part of, ratified the TNA deal and how this could be justified.

On Thursday, Pamensky told the commission that had the contract not been ratified, it would have resulted in its repudiation, which could have led to TNA claiming damages for the unpaid balance of the R43.2 million.

Pamensky said the contract needed to be ratified to get the most of it and “to claw back as much value as you can get”.

Meanwhile, the Citizen reported last year that in May 2018 Eskom initiated litigation to get Pamensky to repay about R310,000 in legal fees which were incurred after he resigned in November 2016.