The former director-general had told the commission in 2018 that the two advisers acted as his superiors and overstepped their roles at the national treasury. 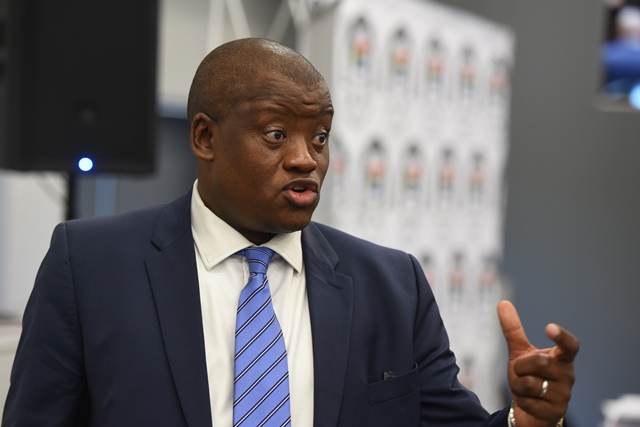 “We had to deal with the fact that Mr Rooyen had committed a serious violation by bringing Mr Bobat and Mr Whitely into the department and give them access to everything before they had formalised contracts,” said Fuzile.

The former director-general had told the commission in 2018 that the two advisers acted as his superiors and overstepped their roles at the national treasury.

He said in his affidavit that he was “shocked” to learn that he “was going to get a Gupta minister” (Van Rooyen) who was set to be “accompanied by advisors of Indian descent” (Bobat and Whitel).

Fuzile said he knew that Van Rooyen would be appointed as minister, although he had his doubts after receiving a call from Development Bank of Southern Africa chairman Enoch Godongwana regarding the matter.

“When I got to the Union Buildings, which was the first time I met the advisors, I got to wonder there might have been some truth in what I was told [by Godongwana].

READ MORE: WATCH: Fuzile to be cross-examined before Van Rooyen

Fuzile said he consulted with former communications director Phumza Macanda during a phone call on whether Treasury should consider issuing a media statement prior to the imminent appointment of Van Rooyen.

The former director-general reiterated Van Rooyen did not have knowledge of the processes carried out at Treasury, as he had already prepared his own statement.

Fuzile said Van Rooyen rejected their offer to prepare a statement for him, and denied that he approved any of the contents in the statement that the former minister had prepared.

“When I met Mr Bobat… he introduced himself to me as Mr Van Rooyen’s advisor, then he raised a statement which I referred to him that he should go to Van Rooyen as minister, because of the prospect of a statement already being prepared.

“And by the time that Mr Van Rooyen found me with Mr Bobat, he did not even introduce us. I believe that both of them did not know each other well,” he added.

Van Rooyen initially said that Bobat was going to be his chief of staff.

“Mr Bobat corrected him and stated the word ‘advisor or special advisor’ and after that, the conversation proceeded on the basis that he would be his advisor,” he said.

Fuzile further denied that he lied to the commission in saying Van Rooyen had confused the positions in his office in his previous 2018 appearance.

The former director-general further also denied that he allowed Bobat and Whitely to be employed when it was unlawful to do so.

He added that he referred Van Rooyen to the ministerial handbook on the rules on Treasury.

“I did not exactly say that Mr Van Rooyen should not appoint Mr Bobat and Mr Whitely without contracts, but I did refer to him on how the rules are done,” he said.

Deputy chief justice Raymond Zondo then adjourned the commission for lunch before Van Rooyen presents his evidence. The commission will be back at 2pm.