Penalty or imprisonment: What awaits Zuma for ditching Zondo Commission?

A legal expert says Zuma's plan to file a complaint against Zondo with the Judicial Service Commission is an 'idle threat'. 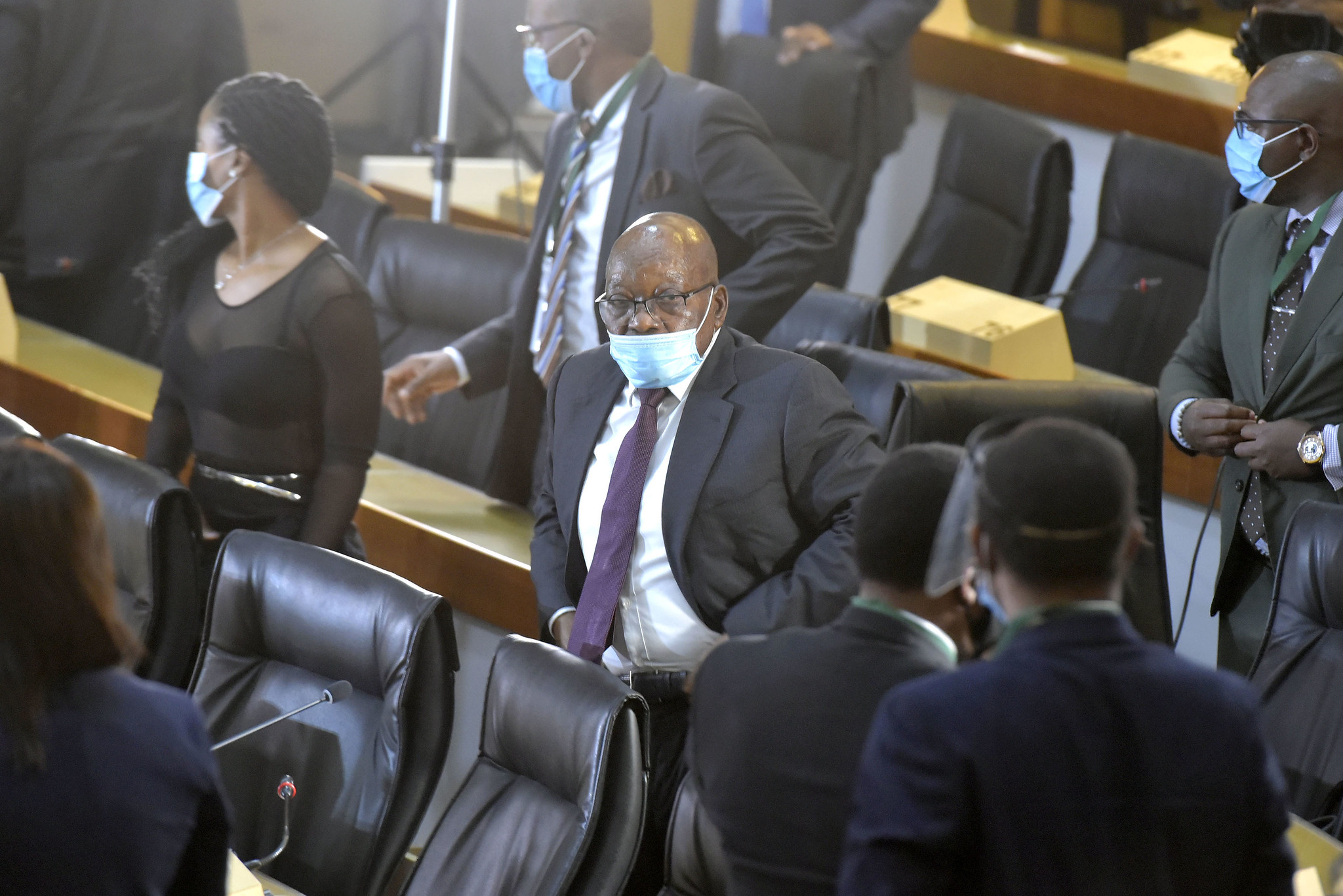 Former president Jacob Zuma could be subjected to a penalty or the Commission of Inquiry into State Capture could obtain a warrant of arrest against him after he left the commission’s proceedings on Thursday without asking for permission.

Ahead of the tea adjournment, after Zondo had delivered his ruling dismissing Zuma’s application for the commission’s chair to recuse himself, advocate Muzi Sikhakhane said they would excuse themselves from the proceedings to consider Zondo’s judgment.

However, the commission’s advocate Paul Pretorius pointed out that if Zuma excused himself from the commission without Zondo’s permission he would be acting in defiance of the subpoena for him to appear at the inquiry.

Legal expert Ulrich Roux said in terms of the Commissions Act, Zuma could be subjected to a penalty or a warrant of arrest could be issued against him for leaving the proceedings on Thursday without Zondo’s permission.

Roux said Zuma’s departure was in contravention of the summons issued against the former president to appear at the inquiry from Monday, 16 November, to Friday, 20 November.

The Commissions Act dates back to 1947 and outlines the penalty for such a contravention at £50, which would have to be converted to determine the penalty Zuma could be subjected too, Roux said.

Furthermore, the Act stipulates that contravention could result in imprisonment of six months, Roux said.

“The judge made the right decision,” Roux said, adding that Zuma’s application for Zondo’s recusal should have been brought before Chief Justice Mogoeng Mogoeng.

Roux said the announcement by Zuma’s advocate, Muzi Sikhakhane that he had been instructed to lodge a complaint about the commission’s chair with the Judicial Service Commission (JSC) for being a witness and a judge in a matter involving him, was nothing but an “idle threat” that may not be of any benefit to the former president.