The State Capture Inquiry heard on Monday from Sydney Mufamadi that former president Jacob Zuma allegedly pocketed millions of rands from the State Security Agency’s special operations unit between 2015 and 2017. 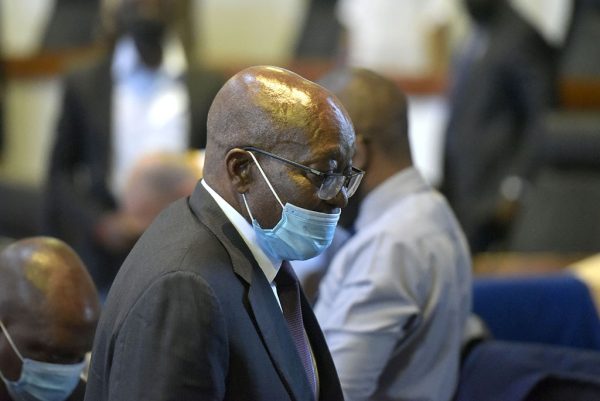 The Commission of Inquiry into State Capture chaired by Deputy Chief Justice Raymond Zondo will on Tuesday continue to hear evidence related to the State Security Agency (SSA).

Acting director-general at the SSA Loyiso Jafta will take the witness stand on Tuesday following former chairperson of the High-Level Review Panel into the SSA Sydney Mufamadi‘s explosive evidence on Monday.

“The allegation there is that the money was provided via the then minister of state security David Mahlobo. The person who gave this information was saying they are certain the money was given to Mahlobo, but could not prove that Zuma received it,” Mufamadi said.

Mufamadi also told the commission that a special operation – dubbed Project Wave – was launched in an effort to infiltrate and influence local and international media to allegedly counter bad publicity for the country, Zuma and the SSA.

He said the project was launched in the 2015-2016 financial year with a budget of R24 million.

“One of the largest amounts issued for this project was one of R20 million given to a media agency for services rendered for eight months,” he said.

The agency in question, he said, was African News Agency, which was launched by the executive chairperson of Independent Media, Iqbal Surve, and the chairperson of the Pan African Business Forum, Ladislas Agbesi, in February 2015.

He also revealed that the SSA had operations to impede the distribution of then deputy president Cyril Ramaphosa’s CR17 campaign as well as infiltrate “Zuma Must Fall” leadership.

According to Mufamadi, his panel had also been informed that the SSA had devised a project aimed at the recruitment of toxicologists to test Zuma’s food and bedding.

It had a R500,000-a-month budget, which was subsequently increased to R1.5 million a month.

One of the fruits of this project, Pretorius said, was “to discover expired cool drinks” in Zuma’s pantry.

When Zuma was allegedly “poisoned” in 2014, it was the SSA who conducted an investigation into his wife, MaNtuli, who the National Prosecuting Authority elected not to charge, on the basis that there was no evidence against her.