Mashaba's lawyers, in a letter to the commission, said the summons sent to Mashaba 'doesn't constitute a lawful and legally binding document'. 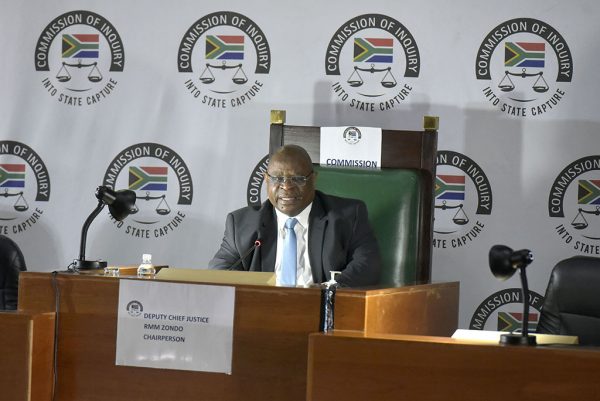 Director of Swifambo Rail, Auswell Mashaba, will not be appearing for the Commission of Inquiry into Allegations of State Capture.

This was revealed by commission evidence leader Vas Soni on Wednesday morning.

Mashaba’s lawyers, in a letter to the commission, said the summons sent to Mashaba “doesn’t constitute a lawful and legally binding document”.

A page out of Zuma’s playbook

Commission chair, Deputy Chief Justice Raymond Zondo, lamented the fact that Mashaba’s lawyer did not put up any legal basis for disregarding the summons, noting that former president Jacob Zuma’s lawyers did the “same thing”.

Zondo also took exception with Mashaba’s lawyers referring to the legal summons simply as a “document”, saying it shows that they did not take it seriously.

Zondo said the conduct of defying summonses – alluding to former president Jacob Zuma’s defiance – without going to court was totally unacceptable and measures should be taken by the commission and law-enforcement agencies to stop it.

He said if these defiances spread, it would cause chaos in SA’s legal system – “spreading to magistrates’ and high courts”. Zondo said he had instructed the commission secretary to urgently lay a criminal charge against Mashaba for shirking the summons.

Mashaba is the second person to defy a summons from the commission, after Zuma did so twice – the first time in January and for the second time last week. Zuma wants Zondo to recuse himself from hearing any evidence about Zuma or his family, citing a bias against him from the deputy chief justice.

Swifambo Rail is behind the infamous “tall train” controversy. Under Lucky Montana – then CEO of Passenger Rail Agency of SA (Prasa) – Swifambo Rail won a R3.5 billion Prasa tender in 2013 to supply locomotives but the rail agency ended up with trains that did not fit SA’s rail specifications.

In November 2018, the Supreme Court of Appeal ruled that “the tender was procured through corruption” and that Prasa’s specifications for the new locomotives were “tailor-made for the benefit of Vossloh [Swifambo front company], and thus Swifambo”.