Ex-Transnet CFO denies allegations levelled against him, claiming that witness 3's affidavit and his testimony are not credible. 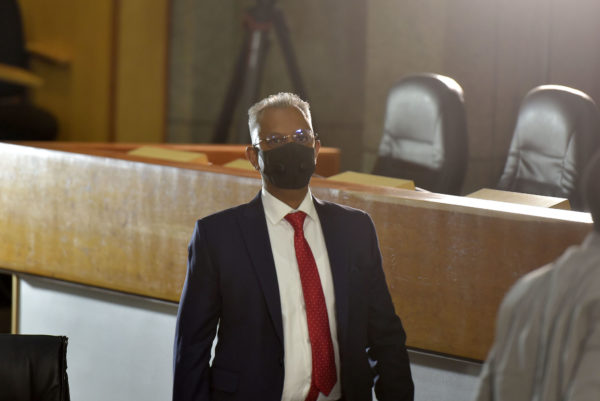 Appearing before the Commission of Inquiry into State Capture chair Deputy Chief Justice Raymond Zondo on Friday, former Transnet chief financial officer (CFO) Anoj Singh says he has been falsely implicated in the evidence of a witness who testimony at the commission last year.

Singh’s former bodyguard and driver, known only as Witness 3, made revelations of Singh’s visits to the Gupta family’s home in Saxonwold, Johannesburg, and their business, Sahara, in Midrand.

The witness, who both gave evidence in camera because of security fears, told the commission that they would drive Singh to the Gupta residency, where meetings would allegedly last until late in the evening which caused him to arrive home around 10pm or even later.

The witness further alleged that Singh would often carry a bag, which on occasions was filled with R100 or R200 notes and that the Transnet CFO would regularly lock up the money in a vault.

Witness 3 says Singh opened the bag, he could clearly see that the bag was stacked up with R100 and R200 notes. #StateCaptureInquiry

Meanwhile during the proceedings, Singh denied the allegations levelled against him, claiming that the witness 3’s affidavit and his testimony were not credible.

Singh argued there were no log books for vehicles that were used to transport officials like the witness claimed and that the witness did not report to him although he assigned as Singh’s driver.

He further said that he believed that the witness was being set under pressure by people from Transnet and the commission’s investigators to deliver his testimony.

“Under cross-examination Witness 3 did not perform well. His evidence was discredited. He was not even reporting to me. His evidence was different from what he told me during a phone call since he did inform me that he would be testifying at the commission,” he said.

Singh confirms to have read the statement made by Witness 3, he says it is not credible and that there are no facts, he adds that witness 3 was not even reporting to him. #StateCaptureInquiry

On his relationship with the Guptas, Singh said his association with the family started around 2011 and 2012, when he met Atul, Rajesh and Ajay Gupta.

He told the commission that he has visited the Guptas on occasion, for religious and cultural functions.

“Mr chair, I have to take a very wild wild guess, I would say less than 10 times,” Singh said on the number of visits he made.

He mentions that his current wife also worked at Sahara Computers for about a year and a half around 2013. #StateCaptureInquiry

However,  he denied that he knew the Guptas personally.

“For example I did not attend the Gupta wedding,” he added.

The former Transnet CFO revealed to the commission he stopped going to the Guptas in 2015 due to corruption allegations in the media, however, the action did not mean he believed the allegations.