The Commission of Inquiry into Allegations of State Capture heard Bosasa-related evidence on Thursday from former Armscor CEO and businessman Kevin Wakeford.

Wakeford was implicated by former Bosasa COO Angelo Agrizzi in the list of individuals who are said to have benefited from Bosasa, now African Global Corporations.

The businessman, who was a consultant to Bosasa for about eight years, allegedly received R100,000 a month for helping Bosasa “resolve” its issues with the South African Revenue Service (Sars).

ALSO READ: Accountants implicated in Agrizzi testimony to be investigated

During the proceedings, Wakeford denied allegations of corruption, describing them as “false”, “vague” and “unsubstantiated”.

He added that the allegations had been deliberately crafted and given to deceive the commission chaired by Deputy Chief Justice Raymond Zondo and there was no evidence to support “these fabrications” .

Wakeford also dismissed claims his late friend and former Bosasa CEO Gavin Watson was corrupt and a racist, saying that the narrative played out was not true.

He told the commission Watson and his family “deserved awards” and they treated black people like normal human beings instead of “economic slaves”.

“The Watsons gave white people credibility and legitimacy in this country. It is those people who played township rugby, built companies that were empowering and treated black people as equals, not as economic slaves and subordinates. It is people like that who we should treasure and give national awards to,” he said.

Regarding his relationship with self-proclaimed racist Agrizzi, Wakeford said it was tenuous and unproductive from the very start.

Wakeford said he was concerned with Agrizzi’s character and attitude, which he expressed to Watson, since the CEO recommended his appointment.

He said Agrizzi was racist, but hid it for a very long time.

He adds… as a threat to his own relationship with Watson, and the control of the business. #StateCaptureInquiry

An audio clip in which Agrizzi is heard using the K-word was first leaked in 2018.

Agrizzi admitted the slur was said at a meeting at his house between himself and Watson’s family, claiming they coaxed him into saying what he said in the clip, recording it purposefully to discredit him.

READ MORE: Agrizzi maintains he did not murder Gavin Watson

Wakeford told the commission Agrizzi was against Bosasa’s vision of a Black Economic Empowerment (BEE) business, which played a role in the former chief operating officer’s contract being terminated.

“One of the reasons Agrizzi’s contract was terminated included his offensive and racist language towards the black board of directors in Bosasa and his autocratic behaviour and complete disregard for the authority of the board of directors,” he said.

Wakeford also told the commission Agrizzi controlled Watson’s emails, which he denied in a responding affidavit.

Watch the proceedings live below, courtesy of the SABC: 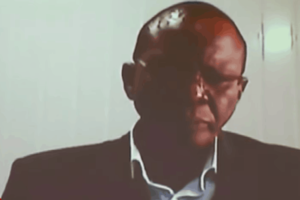 'I am anti-corruption,' ex-SACAA manager tells Zondo commission
3 months ago
3 months ago

'I am anti-corruption,' ex-SACAA manager tells Zondo commission
3 months ago
3 months ago