Ramaphosa reiterated that it was better for him to remain in government because those accused of state capture could have done far much worse. 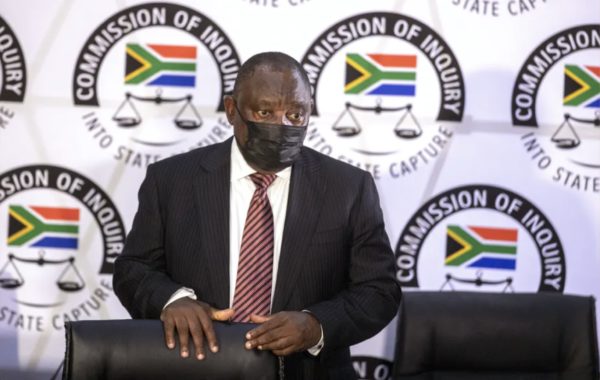 President Cyril Ramaphosa has revealed the five reasons behind his decision to continue to serve in former president Jacob Zuma’s Cabinet as his deputy, despite widespread allegations of state capture and corruption involving Zuma and his associates, the Gupta family.

Appearing at the Commission of Inquiry into Allegations of State Capture on Wednesday, Ramaphosa reiterated that it was better for him to remain in government with others who opposed what was happening because those accused of state capture could have done far much worse.

Ramaphosa said his first option was to resign as the country’s deputy president.

“While I would have earned quite a lot of praise from many quarters, this action of resignation would have significantly impaired my ability to contribute, to bring about what I would call an end to state capture. It would have caught the big headlines in newspapers and that would have been the end of it.

“Had I and like-minded individuals resigned from the executive, we would have had no ability to resist some of the excesses that were taking place.”

The president said his second option would have been to speak out publicly against certain decisions or actions of the government.

“While there were instances where I did make public statements, there was also a limit to how confrontational one could be in the position I held.

“A more confrontational approach would most likely led to my removal from office, with the same consequences as resignation, in that my ability to effect change would have been greatly constrained, if not brought to an end,” Ramaphosa said.

Ramaphosa said the third option he was considering was to accept what was going on in government and “to acquiesce and abet and just go along” with things.

But he said he could not do this.

“It would have been a violation of my principles and a profound betrayal of my responsibility to the government, my own organisation and the people of South Africa,” he said.

The fourth option Ramaphosa was looking at would have been to keep quiet, he said.

“This may have been the easier path, but it was in my view, not much different from acquiescing and going along.”

Ramaphosa said the final option he was considering, and chose to follow, was to remain the country’s deputy president and resist state capture and corruption.

“…To work with others in the executive to resist the abuses and bring about change where we could. And to sustain the work of social and economic transformation,” he said.

Ramaphosa said this option had the greatest likelihood of bringing state capture to an end, restoring the institutions of state and defending the country’s democracy.

He also said his decision to contest the ANC’s presidency in 2017 at its national conference was also part of his final option.