Nothing odd about Gupta-linked Gigaba moving to public enterprises – Ramaphosa

Malusi Gigaba, accused of enabling state capture and being close to the Gupta family, was appointed minister of public enterprises in November 2010. 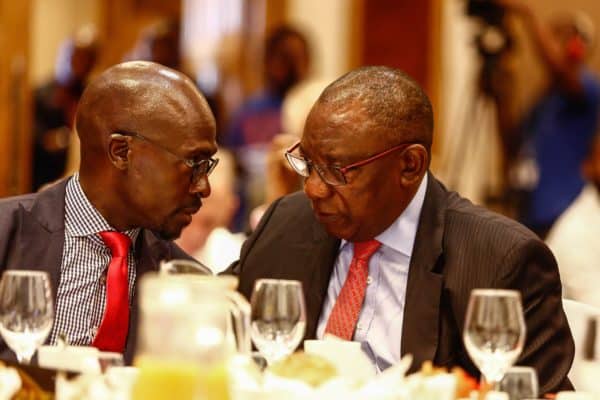 There was nothing unusual about former Cabinet minister Malusi Gigaba’s appointment as the minister of public enterprises in November 2010.

That is according to President Cyril Ramaphosa, who returned to the Commission of Inquiry into Allegations of State Capture on Thursday for the final day of his testimony.

ALSO READ: Does SA have the time Ramaphosa needs to build his political strength?

Ramaphosa was asked by the commission’s evidence leader, advocate Anton Myburgh, whether he found it odd that former president Jacob Zuma elevated Gigaba to the Department of Public Enterprises (DPE) to oversee the country’s state-owned enterprises (SOEs).

Prior to his appointment as minister of public enterprises, Gigaba served as the deputy minister of home affairs between 11 May 2009 and 30 October 2010.

Myburgh said Gigaba was the minister of public enterprises when wide-scale corruption and state capture happened, allegedly perpetrated by the Guptas and their associates.

‘It depends on the president’

In response, Ramaphosa said there was nothing untoward about the appointment, as it was Zuma’s prerogative to appoint ministers.

“No, I wouldn’t say it’s unusual. It really depends on the president and the assessment that he makes of people who serve with him or those that would like to serve with him. He [the president] assesses their capability, the work ethic they have or whatever, and appoints them.

”So, I wouldn’t necessarily say that in order to be appointed a minister of public enterprises you have to have specialised knowledge. You’ve got to have the ability and the deportment to be able to learn. And most of the people that are appointed on Cabinet they learn very quickly, they get on to it and they display their capabilities,” Ramaphosa said.

‘In the pockets of the Guptas’

However, Myburgh contested Ramaphosa’s views, saying witnesses had testified before the commission that Gigaba was “in the pockets of the Guptas”.

“You would know that there is evidence, denied by Mr Gigaba before the commission, that he was very much in the pockets of the Guptas to the extent that he would be told by Ajay Gupta that if he didn’t do as he was told, he would be sent back to the Department of Home Affairs,” Myburgh said.

Ramaphosa said in response: “I have no knowledge of that. I just saw the movement of people from one department to the other. So, I would really not be able to comment on that because in the end it is the president’s prerogative to appoint and move ministers.”

Ramaphosa also said he did not know that Gigaba was close to the Guptas and often socialised with them.