Zuma can expect warm weather for his first weekend in prison

Jacob Zuma's first weekend in prison will be mild and warm, with weather in GodZille's Cape Town sunny and cool. Gauteng will be warmish. 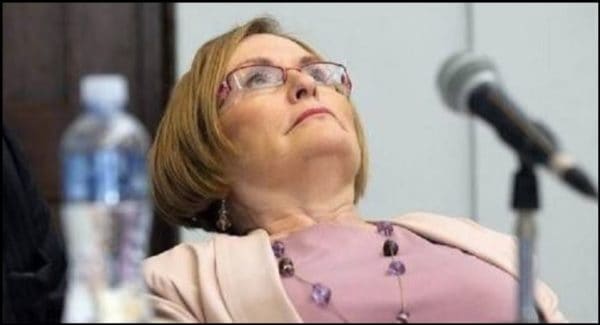 Helen Zille claimed the ANC's decision to withdraw the application to the electoral court for the reopening of candidate registration was based on ‘leaks’ from the much-awaited judgment from the Constitutional Court on elections.

This coming weekend, former president Jacob Zuma finds himself in slightly less comfortable accommodation than his Nkandla compound – at the Estcourt Correctional Centre in central KwaZulu-Natal.

For now, he is spared from missing a feather-down duvet with mild-to-warm weather forecast for the province this weekend. Pleasant and sunny weather will make it even better on Sunday.

The comfort of his hero is also good news for Carl Niehaus, who successfully achieved arrest outside the Estcourt prison for breaking lockdown regulations on Thursday. This, after trying hard to achieve the same thing outside Nkandla earlier in the week.

ALSO READ: What prison may be like for Msholozi

After showing no appetite to clamp down on flouted Level 4 regulations at Nkandla protests earlier this week, the South African Police Service (Saps) must have deemed the arrest of MK veteran Niehaus as a public figure good enough to demonstrate a semblance of law enforcement.

Instead, authorities gave the social media blabbermouth more material to tweet-vent and fuelled his online endeavour for relevance. Niehaus was released from Estcourt prison around 8pm on Thursday night, he tweeted. Likely just enough time spent behind bars to have afternoon tea with Zuma.

Hell did not freeze over in the Western Cape this week following Zuma’s made-for-TV arrest, but Helen Zille, or “GodZille” as she bios herself on Twitter, can expect to see high clouds during an otherwise sunny-but-cool weekend in the Mother City. It all changes on Monday when a large cold front will hit the province and bring a change in weather.

Peoples Weather forecaster Candice McKechnie says: “Cold nights are in store this weekend, especially on Friday night for the southern and eastern interior. But South Africa gets a slight reprieve from the very cold weather this weekend with afternoon temperatures improving across the country.”

Saturday will be a cool day for most of the country, including the Cape provinces, Free State, Gauteng and the Mpumalanga highveld. Ideal to take a walk in your garden or contemplate the meaning of life, the universe and everything, between four walls.

If you are not planning a trip to Nkandla, level 4 lockdown regulations remain in place and that means no restaurants, no playdates for the kids or gatherings. Remember to wear your mask.

Gauteng will be lovely and warm on Sunday, and in fact, most of the country.

According to McKechnie, a gentle breeze will be present over the interior on Saturday, but not the wind of change that pre-election DA posters are calling for. But if numerologist Sandy Smith’s prediction of the possible municipal election result later this year, it will remain a gentle breeze for some time, despite posters, slogans and rhetoric.

McKechnie says maximums will peak in the low 20s for the central and northeastern interior. Warm weather can be enjoyed in the Eastern Cape, KwaZulu-Natal, Limpopo, parts of the Northern Cape and Mpumalanga lowveld.

Northwesterly winds will start to increase in speed along the southwest coast from Sunday afternoon, ahead of a big cold front that will bring a change in weather on Monday.

Daily news update: Zuma to lay charges against Downer, SIU vs Mkhize and Eswatini protests
17 hours ago
17 hours ago

Daily news update: Zuma to lay charges against Downer, SIU vs Mkhize and Eswatini protests
17 hours ago
17 hours ago