Weekend weather forecast: A little sun, with a high chance of ridiculousness

The seat of power, Cape Town, where laws are made and then broken as a national pastime, will be fresh and rather chilly as temperatures don’t push past the mid-teens all weekend long. It’s flowers, cocktails and sunset weather in Gauteng this weekend with temperatures edging towards the upper twenties by day and cooling down to mid-teens after dark. It’s almost warm enough to glam up your mask with a little black number and squeeze in a cocktail before curfew with friends.

Someone who probably won’t suit up and get any time out to enjoy the advent of Spring is President Cyril Ramaphosa whose trip to Germany thus far yielded some promises and handshake optics.

In a two-hour meeting with German business this week, the President shared our South African sunshine with potential investors. He is quoted in a government statement as saying that “structural reforms initiated by government in areas such as energy, infrastructure, telecommunications and rail and ports were designed at enabling investors to operate even more effectively in the South African market.”

Question is how did he gloss over the recent Transnet incursion by hackers, Eskom’s R 18.9 billion loss, the SAA, Denel, Mango sagas, forever potholes and a crumbling water system?

At home, our President has been creatively branded a dictator on Twitter and labelled “The Most Evil President of South Africa” on a mock magazine cover by, ironically, a ‘Duduzane Zuma For President’ supporter. Here the tweeter chirps from the sidelines, laying blame for unemployment and poverty solely at Ramaphosa’s door.

South Africa is an exciting place. Just as climate change keeps things colourful in an otherwise rather dull first world, so the giant hammer of politics, corruption, crime, poverty and unemployment keeps us on our toes.

The seat of power, Cape Town, where laws are made and then broken as a national pastime, will be fresh and rather chilly as temperatures don’t push past the mid-teens all weekend long. It will be overcast, and some rain is expected across the peninsula. The Northern Cape will be mostly hot but places like Sutherland will still require long-johns as nighttime will remain cold at around 3°C.

Leader of fringe political outfit the Patriotic Alliance, Gayton McKenzie, posted a Tweet this week that’s about as curious as Jacob Zuma’s mysterious hospitalisation, but equally as well considered as a SAA business turnaround strategy.

Deciphering his tweet, it seems as if McKenzie said that foreigners should not be employed in South Africa if a local can do the job, and that illegal immigrants must be jailed. He adds that this is not limited to people from Zimbabwe, the Democratic Republic of Congo or Angola but also China and Serbia. Then, he poses the statement of the week, questioning why a South African graduate should be interviewed for a job by a foreigner. No wonder 6,600 South Africans queued to vote for him in 2019’s poll.

Meanwhile, in other exciting news, DA leader John Steenhuisen was vaccinated. At the same time his party offered to pay for Jacob Zuma’s medical exam as the former president refused to accept the physician offered by the National Prosecuting Authority.

One thing’s for sure, the ANC can’t pay for it as the party seems to have resorted to a crowdfunding campaign to keep the lights on, and perhaps settle staff backpay. 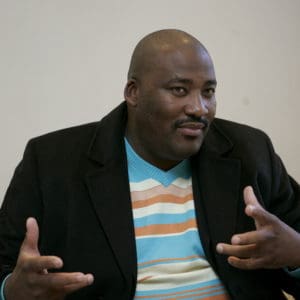 Watch: McKenzie says PA will deal with 'illegal foreigners' on 2 November
2 weeks ago
2 weeks ago

Watch: McKenzie says PA will deal with 'illegal foreigners' on 2 November
2 weeks ago
2 weeks ago