The rainy weather is the reason for the locust outbreaks as more are expected in other districts in Northern Cape over the past few weeks. Severe Weather and Information Centre SA posted on their Facebook page that the provincial department of agriculture and environmental affairs confirmed on Friday the first brown locust outbreak of the season.

“More outbreaks are expected as the province received good rain over the past few weeks,” the department said.

The locusts have been seen in some parts of the ZF Mgcawu and Pixley ka Seme districts. In the Pixley ka Seme District, they had been seen in Niekerkshoop, Sutherland and Richmond. The locust swarm has also been spotted in Upington, Pofadder, Marydale, Langklip and Groblershoop.

The rainy weather is the reason for the outbreaks as more are expected in other districts in Northern Cape over the past few weeks.

With help from the National Department of Agriculture, a team of locust controllers are in the areas to control the spread.

Speaking to eNCA Willem Symington a representative from Agri SA Natural Resources Centre said any talks of a food security threat it is too early to tell because currently, they have it uncontrol.

He said locust storms are a normal occurrence after good rains, they do hold certain risks however if managed correctly there shouldn’t be any concerns.

Symington says the food threat becomes a factor when the locust outbreaks are uncontrolled in crop growing areas towards the big rivers in South Africa such as the Orange River and into the province of the Free State.

He adds that the government and private structures have developed good partnerships to manage locust storms. The locusts do get sprayed (killing them) to avoid massive outbreaks which would lead the outbreaks uncontrollable. 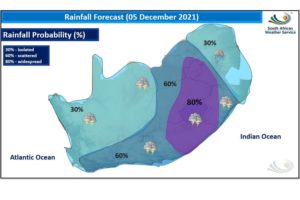 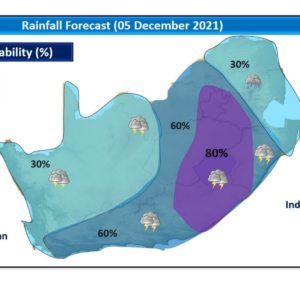