Talented Proteas all-rounder has never been able to nail down his place because he's so inconsistent. Will that finally change? 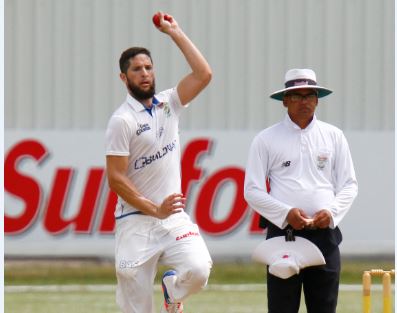 Wayne Parnell is now well aware he needs to shape up if he hopes to have an international future. Photo: Michael Sheehan/Gallo Images.

When Wayne Parnell makes his return to Test cricket at the Wanderers on Thursday, you can bet many people will say: we’ve been here before.

That is an understandable reaction.

The 27-year-old left-arm quick is one of the most frustrating players to have turned out for the Proteas since re-admission.

Also read: Turns out there is some rest for the wicked Kagiso Rabada

Undeniably talented, Parnell has been dogged by injuries over the years and also struggles for consistency.

It also doesn’t help that the former SA Under-19 skipper has continually been fast-tracked into the national side when it might’ve been better for him to keep on playing domestic cricket.

At least the national selectors seemed to finally grasped that last season as Parnell played quite a lot of first-class cricket.

Yet even if he can be considered a more mature player, Charl Langeveldt is wary of becoming overexcited again.

In fact, the Proteas bowling coach is being very realistic.

“I spoke to him long and hard,” said Langeveldt.

“We need to see what Wayne has to offer. He needs to become more consistent in his lengths. That’s the only way you become successful at Test level.”

Parnell shouldn’t expect to be granted the freedom to merely bowl and try to take wickets.

Since the start of the international season, discipline has been the bowling attack’s keyword.

“The big thing we’ve worked on is how many dot balls we can bowl in a row,” said Langeveldt.

“We believe the runs must be dried up from both ends and that’s a challenge for some.”

At least Parnell became aware of this philosophy in last year’s successful ODI series against Australia and worked on being steady.

“It was a technical thing that we had to work on to make him more consistent. He rectified that by working hard in the nets with the Cobras,” said Langeveldt.

“They sent me videos and we spoke back and forth. We’ve worked on it the last couple of months.”

Also read: No name brands get chance to shine for Proteas in T2o

Encouragingly, Parnell took six wickets at minimal cost for the Capetonians in a domestic four-day game at the weekend.

He also scored an unbeaten century.

“It’s an ideal situation. We get him now having had some cricket under the belt.

“That hasn’t always been the case,” said Langeveldt.