Reports suggest the Lions coach is being hunted by several top European clubs but he's not aware of any offers. 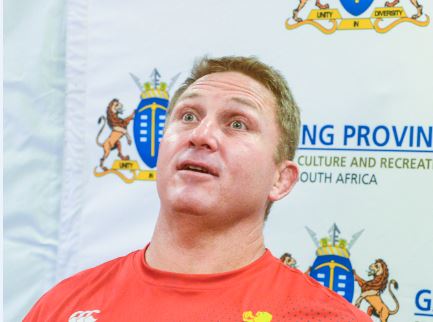 Lions coach Johan Ackermann distanced himself in no uncertain terms from a reported link to a top French rugby club which was said to be after his services.

Reports at the weekend suggested Ackermann’s signature is in high demand overseas after the success he has achieved with the Lions over the last few seasons.

“I am definitely not sure what sort of overseas post is being referred to,” Ackermann said.

“Unfortunately I don’t read newspapers so I’m not certain of (the report’s) origin and therefore can’t react on what stands in the specific article.”

Meanwhile, Ackermann was expected to call on more of his experienced stars for this weekend’s Barbarians warm-up match after a young Lions side, made up mostly of junior and Under-21 players, went down 38-17 to the Bulls in Harare at the weekend.

In the other warm-up game in the Zimbabwean capital, the Stormers brushed Currie Cup champions Cheetahs aside, scoring seven tries for a 43-7 victory, with the Cheetahs crossing the whitewash just once.