The Proteas will be sick of Hamilton after their NZ tour

The 4th ODI between the sides moved from Napier after an investigation reveals McLean Park is unfit to host internationals. 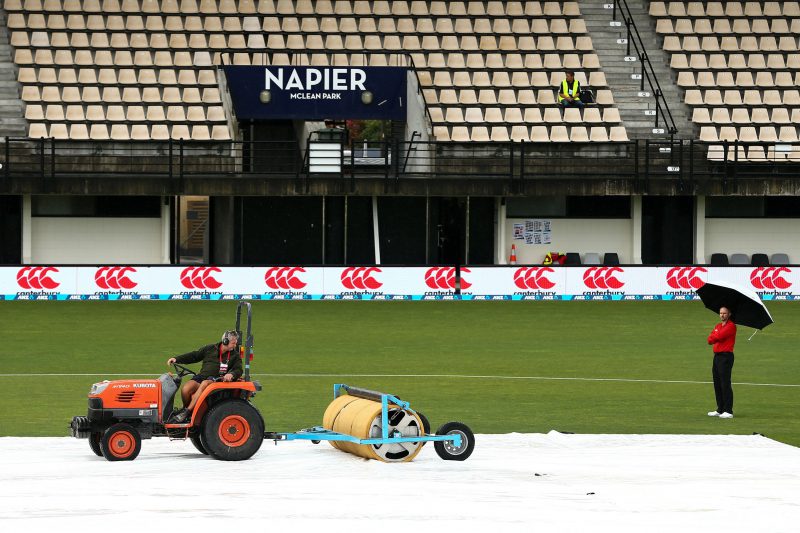 McLean Park in Napier has had massive problems with drainage in the past three years. Photo: Hagen Hopkins/Getty Images.

When the Proteas finish their tour of New Zealand in March, they’ll probably be quite bored with Seddon Park in Hamilton.

South Africa will now play three times at the venue during their trip after the fourth One-day International between the sides was moved from Napier on Tuesday.

Hamilton had already been granted the first ODI as well as the third Test.

Napier’s McLean Park had been in trouble since February 2, when an ODI between New Zealand and Australia had to be called off due to a wet outfield.

Frustratingly, the surface was still wet even four hours after the scheduled start of play.

It was the third drainage-related washout at the ground in three years, leading to NZC ruling the risk of hosting another ODI there being “unacceptable”.

“There have been shortcomings identified in McLean Park’s drainage and irrigation system which need to be remedied. Only then can we be confident of avoiding what happened in the New Zealand-Australia fixture,” said NZC’s chief operating officer, Anthony Crummy, in a statement.

“The investigation concludes that drought conditions in the Hawke’s Bay necessitated significant levels of watering in the days leading up to the match. Combined with a limited drainage infrastructure and rain on match-day, it resulted in a worst-case scenario.”

As a result, the city council have budgeted R8.6 million to relay the playing surface as well as upgrading the drainage and irrigation.

Ironically, Cricket South Africa (CSA) will sympathise with their counterparts.

Last August, the first Test between the two countries in Durban ended in farcical circumstances when no ball was bowled on the last three days.

CSA had commissioned the relaying of Kingsmead’s outfield the previous season but due to the Comrades Marathon, work only started in June.

A huge amount of rain about three weeks before the match damaged the roots and the ground staff had to scurry to get the grass ready.

Further rain made the surface too soft to be safe, despite the sun shining the last two days.

* The Proteas’ T20 warm-up against a New Zealand XI was abandoned on Tuesday after persistent rain in Auckland.

They start their tour on Friday with a solitary T20 against the Black Caps at Eden Park.

Dutch cricketers to stay in SA, for now — and India tour under threat
21 hours ago
21 hours ago

UPDATE: Verreynne stars as Proteas post 277 against Netherlands
22 hours ago
22 hours ago

Dutch cricketers to stay in SA, for now — and India tour under threat
21 hours ago
21 hours ago

UPDATE: Verreynne stars as Proteas post 277 against Netherlands
22 hours ago
22 hours ago