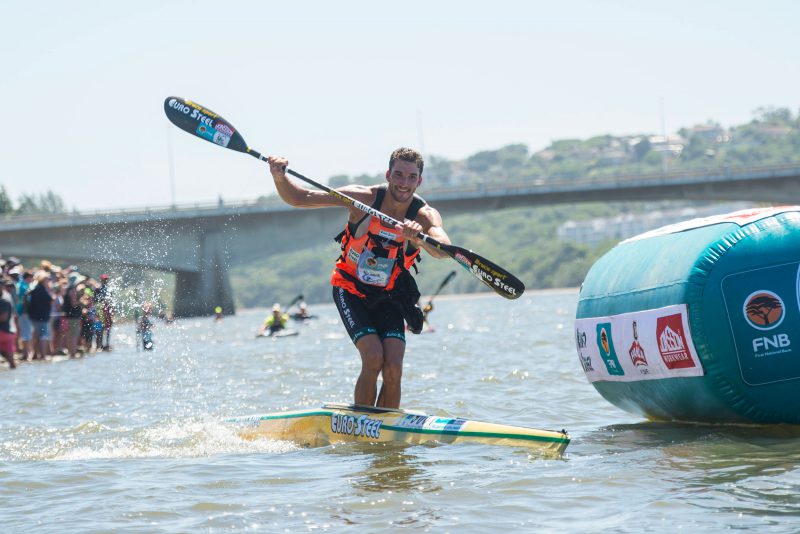 Andy Birkett joined an elite group of local paddlers on Saturday, becoming the third man to earn seven career titles at the Dusi Canoe Marathon, as the prestigious annual river contest came to a close in Durban.

Birkett went unchallenged over three days of competition, completing the 120km race in 8:32:55 and drawing even with Martin Dreyer in the all-time Dusi winners’ rankings.

Only the late Graeme Pope-Ellis earned more victories at the event, with 15 career titles.

“This stage today was definitely the toughest stage of Dusi racing I have experienced,” Birkett said, after low water levels required a change in strategies.

“It was a tough day and everyone really deserves their medals.”

Meanwhile, Sbonelo Khwela laid down the hammer and surged past eight-time marathon world champion Hank McGregor to grab second spot, more than 23 minutes behind the winner.

In the women’s race, Abby Solms also charged to an uncontested victory to clinch her maiden K1 Dusi title.

“You are never going to have a flawless race but I was happy that I managed to put three really good days of paddling together,” Solms said.

“I have put so much into this, so it is satisfying to get a good result.”

Solms completed the race in 10:16:03, a convincing 49 minutes ahead of teenager Christie Mackenzie.

Though she fought back on stage two, former Olympic sprint medallist Bridgitte Hartley slipped well off the pace in the chase for the title, but she held on to third place.