Counting the tea leaves in the FA Cup

It is no secret that the Ferocious Fireman has a thing for sporting underdogs.

It is why, his close friends tell him, he has supported West Ham for so long. Not even this joshing will stop him from being a lifelong Hammers fan, but it does keep him on the alert for a jibe or two of his own and it was clear that he had something up the sleeves of his claret and blue replica jersey for the members of the usual gathering.

For quite apart from anything having developed a hard shell over many years, he is one of those likeable personages, who is totally incapable of hiding things. But he fell afoul of the Arithmetically-challenged Golfer, a self-proclaimed expert on all sporting matters and more often than not the man who releases the verbal arrows aimed at The Fireman’s team and heart, who was in fine voice, proclaiming that fifth tier Lincoln City – despite having showed their mettle by having got past Championship sides Ipswich and Brighton – would be hopelessly outgunned by Premier League outfit Burnley in their FA Cup tie.

“That is as far as Lincoln go,” the Arithmetically-challenged One said decisively. “Perhaps,” said the Fireman, “but I’ve got an important question to ask you”. The query about to be launched, was waved dismissively away as the whistle blew at Turf Moor and the tie was under way. “You can see the difference in class,” said the Arithmetically-challenged One.

“This should be a foregone conclusion.” But wave after wave of Burnley advances were turned aside by a determined Lincoln defence. The men in green shutting down everything and coming back at their pedigreed opponents with a will. Again, the Fireman tried to butt in. “I’ve got something I want to ask you,” he said, Again he was dismissively ignored as the focus centred on what was becoming an enthralling contest with a script the writers of Star Wars might have been proud of.

But as halftime came and went with no score at either end, there was no denting the the Arithmetically-challenged One’s chromium-plated confidence. “They’ll fold in the second half,” he assured the gathering. “Lincoln have done amazingly well, but fifth-tier, non-league sides just don’t have the internal fortitude to keep out a Premier League team when the chips are down.”

It looked for a moment as if the Fireman was again going to try and interject, but he sensed the prevailing tensions and shrugged it off. Then came the defining moment of the tie when, closing in on full time, as Sean Raggett’s 89th-minute header secured a famous 1-0 win for Lincoln, who became the first non-league club since 1914 to reach the quarterfinals of the FA Cup.

To say that the Arithmetically-challenged One was dumbstruck in the aftermath of his predictions, was to understate matters. It was the chance the Fireman had been waiting for.

“What I was going to ask you,” he said to the self-proclaimed expert, the only Toffees supporter in the room, “was what is the difference between a tea bag and Everton”? The Arithmetically-challenged One looked at him quizzically before giving one of those non-committal don’t know shrugs. “Well, said the Fireman, “the tea bag stays in the cup longer than Everton … and to that you can add Burnley’’’. 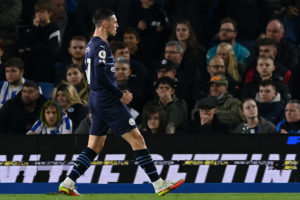 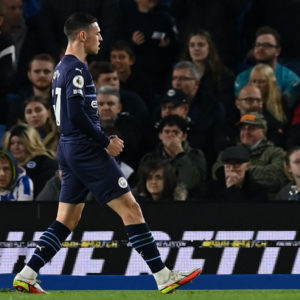 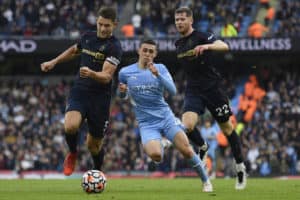 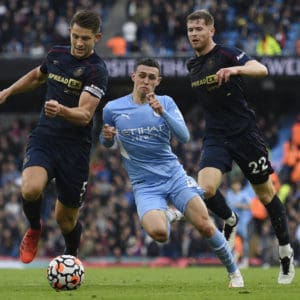