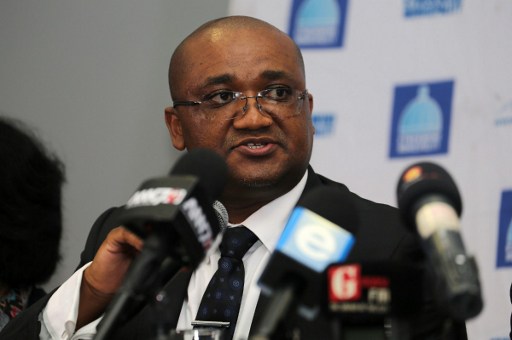 Alec Moemi, DG of the Ministry of Sport and Recreation, was unrepentant about South Africa losing Durban's bid for the Commonwealth Games. Photo: Anesh Debiky/AFP.

Durban could’ve hosted the 2022 Commonwealth Games, government insisted on Tuesday, if the ruling body for the multi-sport showpiece had allowed South Africa to hold the event on a reduced budget.

“We were ready to host, but unfortunately that decision is not ours. It’s with the CGF,” said Sport and Recreation SA director general Alec Moemi.

While the Commonwealth Games Federation (CGF) said on Monday that the coastal city had been stripped of the hosting rights for various reasons, after failing to meet numerous deadlines, Moemi said the budget was the main concern, creating an immovable stumbling block.

Also read: Game over for Durban 2022 as bungling becomes too big

Cabinet had initially committed to R4.3 of the R6.4 billion budget, but with the CGF insisting it would require additional funding, Moemi said government felt it would be fiscally irresponsible to meet the international body’s demands.

“Fundamentally, it is the issue with the budget, and if we can agree on that, then the rest of the things fall into place,” Moemi said.

“For instance, the issues pertaining to the registration of the company are quite ready, the articles of association and the memorandum of incorporation are there, the board members have already been nominated and designated, the shelf company has already been registered, and a reservation of the number of the company is there, so we are quite ready.”

Additional concerns included the CGF’s request that government sign an open ended guarantee to cover any potential shortfall in the budget, and the international body’s alleged unwillingness to engage stakeholders on potential revenue streams.

Moemi claimed South Africa had buckled too easily in negotiations with football body Fifa ahead of the 2010 World Cup, and they wanted to ensure a sufficient financial return.

“We are not a small, emerging democracy anymore. We have matured, our systems have matured, we’ve become much wiser and refined our bidding and hosting structures,” Moemi said.

“We are not a vacuum cleaner anymore that sucks up anything that comes our way. We are specific about what we want and what we don’t want.”

By using the 1999 All Africa Games in Johannesburg as a blueprint, government believed the Commonwealth spectacle could have been hosted within the budget approved by Cabinet, taking inflation into account.

“If the bar is put higher than the threshold, and we say we have a proven case study in the All Africa Games that it can be done at much less than you are asking us to put on the table, then we should have been allowed to do the best the country has. There’s no way we would embarrass the country,” Moemi said.

The Games bid had cost R118 million, with Durban winning a lone race in September 2015 to become the first African city to earn the hosting rights.

An economic impact study predicted a potential R20 billion boost to the economy if Durban had retained the rights.