Ludwick Mamabolo in particular was looking good, though he didn't win. 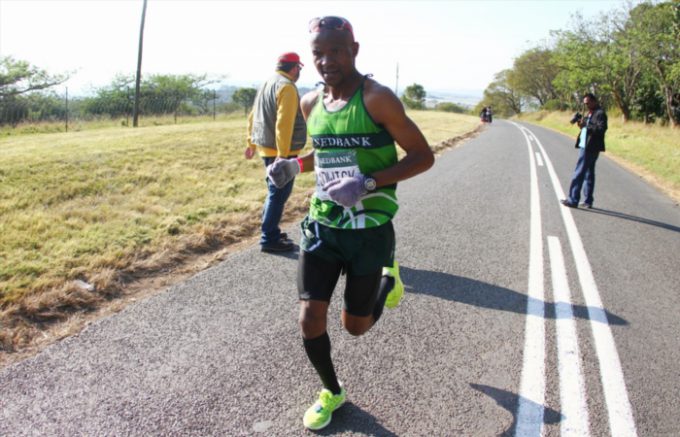 A number of Comrades Marathon contenders fired a warning at their opponents on Saturday, with former winners Ludwick Mamabolo, Caroline Wostmann and Charne Bosman all stepping on the podium at the Om die Dam ultra-marathon.

Collin Parura of Zimbabwe produced the performance of his career to win the 50km contest around Hartbeespoort Dam, crossing the line in 2:53:54, with Mamabolo taking second place in 2:56:51.

Mamabolo, who hopes to reclaim the Comrades title he won in 2012 when he turns out at the annual 87km road race in KwaZulu-Natal in June, proved he was in solid form, taking the runner-up spot at Om die Dam for the second year in a row.

Rofhiwa Mathidi finished third, a further 64 seconds off the pace in 2:57:55.

In the women’s race, Wostmann established her place as the early favourite for the Comrades women’s title.

Wostmann, who won the Comrades ‘up’ run in 2015 but struggled with cramp last year as Bosman stormed to a maiden victory on the ‘down’ run, defended her Om die Dam title in 3:29:47.

Bosman crossed the line in second position, nearly five minutes back in 3:34:42.