The Swiss veteran storms back into contention on the 2nd stage as he bids to claim a record sixth title in the gruelling event. 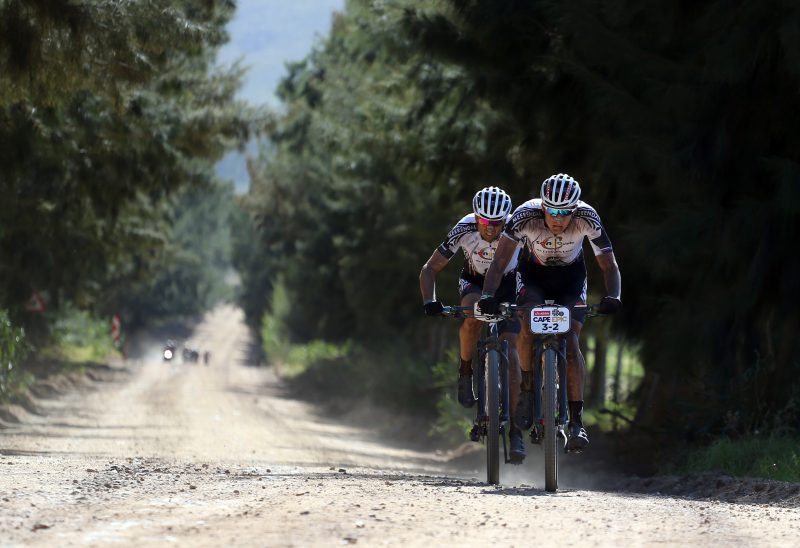 Christoph Sauser has stormed back into contention in the Cape Epic. Photo: Carl Fourie/Gallo Images.

Swiss veteran Christoph Sauser kept his hopes alive for a record sixth title at the Absa Cape Epic, winning the second stage of the annual mountain bike race in the Western Cape on Tuesday with Czech partner Jaroslav Kulhavy.

The stage was reduced from 102km to 62km, producing a hard-fought battle after organisers shifted the finish from Greyton to Caledon due to hot and dry conditions, with temperatures having reached 40 degrees over the previous two days.

Sauser and Kulhavy (Investec-Songo Specialized) edged out the Swiss pairing of Olympic cross country champion Nino Schurter and Matthias Stirnemann (Scott-Ram Racing) by 0.8 seconds in a tight battle for the line.

“That was very tough. The first half was so fast, and then we didn’t stop at all for water,” Kulhavy told the race website.

“I was worried at one stage, but we managed to pull through.”

Fumic and Avancini were nearly three minutes clear of Sauser and Kulhavy, who were lying second in the general classification, while Schurter and Stirnemann remained in third position with five stages left in the eight-day contest.

Though they were unable to keep up with the frontrunners, South African rider Max Knox and Kansai Plascon teammate Hector Paez of Colombia crossed the line a little more than two minutes back on the stage to retain fourth position overall.