5 leadership lessons the Lions can teach the embattled ANC

As Jacob Zuma's changes leaves SA in tatters, the Lions will be stable when Johan Ackermann leaves. If only the ANC could follow their lead... 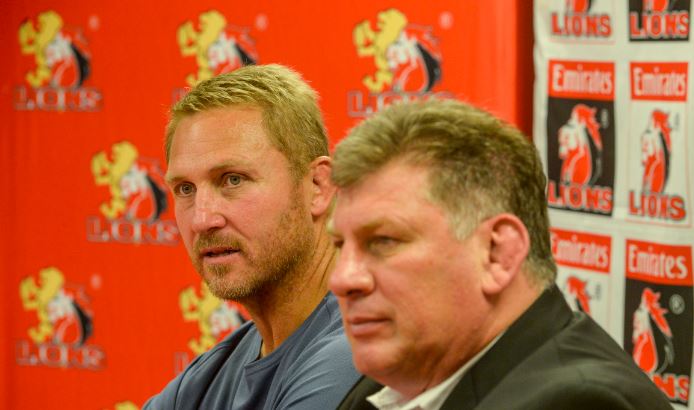 On Monday, the Lions – rather classily – announced that head coach Johan Ackermann would be leaving the union at the end of the current Super Rugby campaign.

It will mean the end of an era for the team but also a very successful one.

One of the hallmarks of the Lions have been how efficiently they’ve been run the last four years and that’s down to good leadership from Ackermann and co as well as Rudolf Straeuli, the chief executive.

Given all the drama of Jacob Zuma’s increasingly prickly presidency, here are some lessons for government and the ANC.

In the end, leaders grow and take opportunities to benefit others

When rugby players and coaches move overseas, they are accused of chasing nothing more than money.

But the Lions coach isn’t just trying to become a more versatile and experienced coach, he wants to bring that knowledge back to South African rugby

Ackermann: I hope this new opportunity enhances me as a coach. That’s the main reason why I’m leaving. I’ve made a rugby decision to get better and experience something new. Hopefully, I can plant that back into local rugby someday.

Not once during the media conference did Ackermann remotely suggest that the Lions’ success has been built on his own influence and doing only.

Ackermann: The players and the coaching staff mean more to me than just players and colleagues. I owe it to them to be 100% committed until the end of this campaign. I trust that this is not goodbye. I hope our relationship is of the kind that we can have a reunion in 10-15 years’ time and still be friends. In the end, I’m doing this to make better human beings out of players. That will always be my purpose.

Ackermann has absolutely no problem endorsing candidates from within the union to take over from him.

Ackermann: I could say that I now have motivation of winning a trophy to end my association with the Lions. But it’s not about me. The door will now open up for someone else to take over and perhaps even achieve better things. There’s a chance now that the union can reach even bigger heights.

A good organisation always has a viable succession plan in place.

The Lions aren’t rushing to find a replacement for Ackermann because it’s more than likely that the preferred candidate will be internal.

Assistant coach Swys de Bruin is one of the most experienced mentors in South African rugby and various men from the union’s lower levels are well-versed in the side’s culture.

Straeuli: We’re going to calmly consult all stakeholders. At the moment, there’s nice continuity and stability. There’s enough time for us to finalise a new head coach. We have a definite culture here and the candidate would need to fit in within that framework. Fortunately, we actually have people within this union that would fit that bill perfectly.

Ackermann: No-one is irreplaceable. It’s the same at the Lions. We have coaches with shared values and lots of experience. Swys, for example, has coached at every level and has been part of the system for 4 years. JP Ferreira (another assistant coach) has been at the union since 2007. He’s served his apprenticeship.

Ackermann’s contract with the Lions ran until the end of 2018, meaning he leaves a year early.

The Lions actually had the right to demand compensation from Gloucester but did not do so because that tends to complicate exits.

Instead, they paid their influential coach the compliment of terminating the deal mutually.

Straeuli: We decided to terminate by mutual agreement. We honour Johan’s decision and want him to grow. Hopefully he can return one day and play an even bigger role in South African rugby.

Bulls aim to show their strengths away from home, says White
4 hours ago
4 hours ago

Bulls aim to show their strengths away from home, says White
4 hours ago
4 hours ago