The reliable performer dishes up a storm in Durban to easily qualify for the world championships later this year. 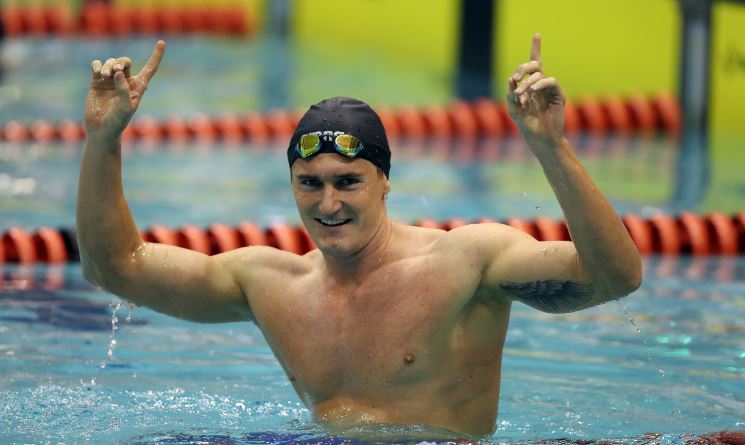 Cameron van der Burgh was the star performer on the opening two days of swimming competition at the SA Aquatic Championships.

Van de Burgh stormed to gold in his specialist event in Durban, and booked his place in the national team for the World Aquatic Championships in Budapest in July.

Having achieved the 100m breaststroke qualifying time for the global showpiece on Sunday’s opening day of the national spectacle, he went even quicker in the final on Monday evening.

The former Olympic champion touched the wall in 59.73 in the two-length final to reach the top step of the podium.

Meanwhile, distance specialist Myles Brown was fastest in the 200m freestyle semifinals, delivering a superb performance to cover the distance quicker than Chad le Clos, who earned silver in the event at last year’s Rio Olympics.

Brown won his semifinal in 1:47.51, closing down his accomplished compatriot who finished second in 1:47.73.

Brown achieved the qualifying standard for the world championships, and Le Clos would have another chance to secure his spot in the squad in Wednesday’s final.