It takes a world-best time to beat Ernst van Dyk

South Africa's brilliant wheelchair racer finishes second at the Boston Marathon but it took a fine showing from Marcel Hug to tame him. 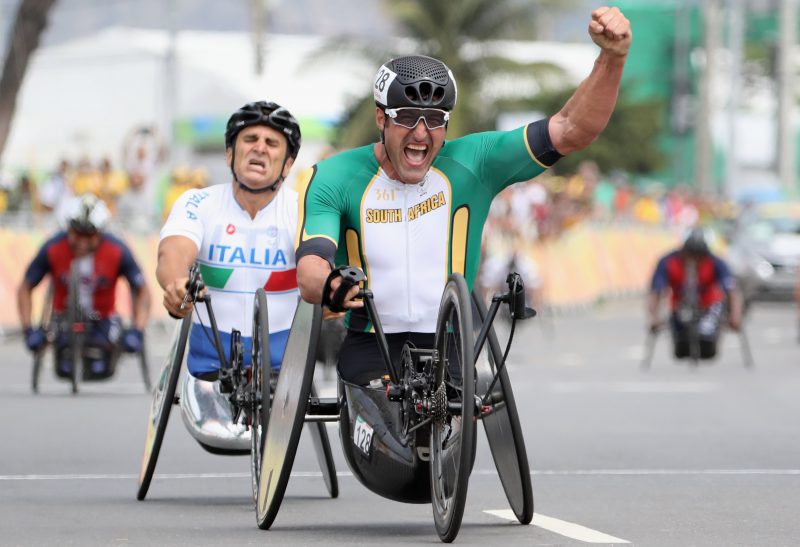 Veteran wheelchair racer Ernst van Dyk finished second at the Boston Marathon on Monday, settling for the runner-up spot for the third year in a row at the prestigious annual 42.2km race in Massachusetts.

The 44-year-old Paralympic handcycling champion was locked in a tight battle against defending champion Marcel Hug of Switzerland.

After dropping the rest of the field and charging through halfway in 36:08, the duo battled all the way to the line, with Hug edging clear of the South African to set a new world best of 1:18:03.

He chopped 22 seconds off the previous global mark of 1:18:25, which was clocked by Canadian athlete Josh Cassidy at the Boston race in 2012.

Van Dyk was one second behind Hug at the finish, taking 23 seconds off his 13-year-old personal best to reach the podium for the 14th time at the annual race since earning the first of his record 10 victories in 2001.

“He’s incredibly strong, so I had to be very focussed to catch him, especially on the downhills,” Hug said of Van Dyk after the race.

While Hug’s time was the fastest ever set in a marathon race, performances could not be considered for official world records due to the point-to-point, downhill nature of the Boston course.