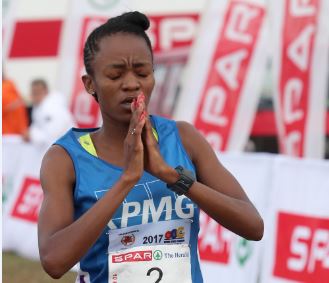 Having displayed consistent form throughout the domestic track season, national 5 000m champion Kesa Molotsane made a breakthrough on the road on Saturday, earning her maiden victory in the Spar Women’s Grand Prix 10km series.

Molotsane, who grabbed the runner-up spot behind Louisa Leballo in a tight sprint at the opening leg of the campaign in Cape Town last month, climbed to the top of the podium at the second race in Port Elizabeth.

She covered the distance in 33:13, breaking the tape eight seconds ahead of defending series champion Irvette van Zyl.

Mapaseka Makhanya continued her steady comeback, proving she was regaining some of her best form by finishing third in 33:40.

After stunning the field with a surprise victory at the Cape Town leg, Leballo trailed home nearly two minutes off the pace in the Windy City, settling for ninth position.