The South African rider believes he has enough oomph left for a podium finish in the race. Some may feel that's unlikely. 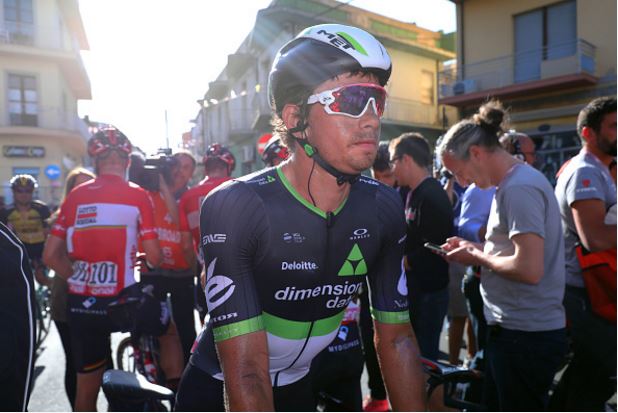 Eager to build further momentum after an explosive start to his Grand Tour debut, South African road cyclist Ryan Gibbons believes he has enough left in his tank to fight for a podium place on one of the remaining sprint stages at the Giro d’Italia.

The 22-year-old rider, turning out for the SA-registered Dimension Data squad at the three-week contest, finished eighth, seventh and 14th on the first three stages, settling in eighth place in the general classification.

“Just being able to be part of such a phenomenal event is a dream come true, but then to be able to mix it up in the race and be competitive has really been motivating,” said Gibbons

In superb form this year, Gibbons earned silver medals in the Under-23 road race and time trial contests at the National Road Cycling Championships in KwaZulu-Natal in February, and he went on to win the Tour de Langkawi race in Malaysia in March.

Though the climbers were expected to take control in the mountains at the Giro this week, Gibbons hoped to capitalise on his form and take advantage of his opportunities in the bunch.

“I’m hoping to be given a chance to sprint in the upcoming flat stages and although it may sound very ambitious and unlikely, I’m aiming for the podium,” he said.

“The goals of the team however, are my priority and if I can do my bit to get a victory then that will be fantastic.”

Dimension Data enjoyed a great start to the race, earning five top10 finishes on the opening three stages, with Eritrean rider Daniel Teklehaimanot retaining the King of the Mountains jersey for today’s 181km fourth stage between Cefalu and Etna.