Third time lucky for Camille Herron at the Comrades?

The American has had to endure two disappointments previously at the gruelling race but she's ready to make her mark in 2017. 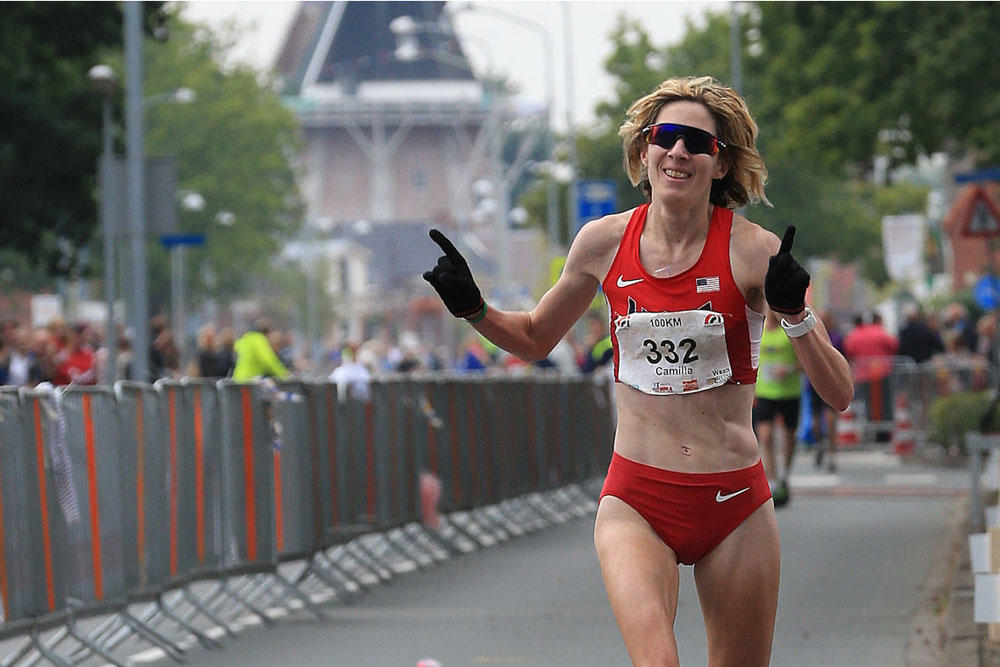 American ultra-distance runner Camille Herron hopes to finally have a crack at her first Comrades Marathon victory next month after her two previous attempts at the annual race in KwaZulu-Natal were derailed by illness and injury.

After falling ill the day before the race, however, she dropped out in the latter stages.

Having gone on to win the 50km and 100km world titles in 2015, Herron was expected to make a return last year and had been tipped among the favourites for the Comrades title, but she withdrew ahead of the race with a torn hamstring.

“Comrades is the pinnacle of ultras. I’ve already got two world titles, so to win here would be huge to my career,” said Herron, who was set to compete for the Nedbank Running Club at the gruelling 87km contest.

“I got to experience it a bit in 2014, although I was ill at the time and passed out at 83km. I loved the energy, people, history, and have wanted to come back and see my talent through to the finish.

“You can really sense and appreciate what this race means to South Africans.”

Herron has displayed good form this season, sticking up her hand among the contenders for the women’s title on the ‘up’ run between Durban and Pietermaritzburg.

Making her Ultra-Trail World Tour debut in New Zealand in February, the 35-year-old athlete broke the course record by six minutes to win the 102km Tarawera ultra-marathon in 8:56:01.

She is expected to form part of a quality line-up at Comrades on June 4, with the international contingent facing a full-strength local field which includes Caroline Wostmann and Charne Bosman, who won the last two editions of the race.